GOVERNMENT IS NOT A FAMILY OR BUSINESS AND SHOULDN'T HOARD MONEY! 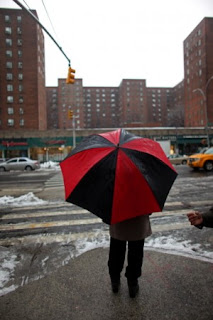 Oklahoma state government has a Rainy Day Fund, aka the Constitutional Reserve Fund.  It works as a savings account for government so in the case of an emergency, it can be tapped.  Any revenue over 95% of revenue estimates collected in a year is deposited into the Rainy Day Fund.  The state constitution caps the amount to be deposited to the fund at 15% of the General Revenue Fund estimate provided by the State Board of Equalization for the prior fiscal year.
The legislature can tap the Rainy Day Fund if the state’s official estimate shows that the following fiscal year will bring in less than the current year.  3/8 of the Rainy Day Fund can be used for supplemental funding.  Another ¼ of the fund can be tapped if the governor and ¾ of the legislature declare a state of emergency.
Twice in the past eleven years, Oklahoma voters have changed how the fund works.  In 2004, the amount of money the legislature could use was reduced from 1/2 to 3/8.  The change passed by a 2 to 1 margin.  In 2010, Oklahoma voters narrowly passed a proposal to increase the amount that was to be deposited to the fund- from 10 to 15%.  The measure passed by a mere 20,000 votes statewide. Now it appears voters will be asked to vote on changes to the Rainy Day Fund in November 2016.
State Representative Jon Echols, (R-OKC), says he intends to file legislation in the upcoming legislative session allowing voters to amend the Constitution to both increase the cap – but not lower it – and allow the Legislature to appropriate directly to the fund.
“The idea that we should cap how much money the state can save is, frankly, ridiculous.  Not only is there a cap on how much we can save, there is also legitimate doubt among House staff as to whether the Legislature has the authority to make direct appropriations into the Rainy Day Fund. Neither of those restrictions make any sense. We had a $600 million budget gap last year, and we are now looking at up to $1 billion less this year to appropriate. Our current approach is shortsighted and bizarre. Taxpayers expect us to be prudent and develop a long-term approach to state spending. This is not the way a citizen would run his or her family and it certainly isn’t the way we should run our state,” Echols said.
Oklahoma Finance Secretary Preston Doerflinger says he would like to create another fund, similar to the Rainy Day Fund that would allow state government to sock away some funds for down budget years.  In an editorial in The Oklahoman, Doerflinger said, “I think there are tools we should put in place, maybe a separate fund that would help equalize these types of downturns in the energy sector.  It might cause some smoothing or leveling of the pain that occurs if you were to see something this dramatic in the future.”
First, Echols has a point.  Why restrict how much money the legislature can put in savings?  After all, saving money is better than government spending it.  That sounds pretty good, but government is not a family or a business.  When government socks away tax dollars into a savings account that means they are overcharging taxpayers.  If there is a surplus, give it back to the people it belongs to- the taxpayers. Government, at all levels should operate efficiently, but not be banking up a surplus- in good or bad times.
Second, the legislature taps the Rainy Day Fund virtually every year.  It doesn’t even have to cloud up before they hit the savings account.  That is why voters overwhelmingly voted to reduce how much the lawmakers could tap.  The fund was set up for emergencies, but every year there is an emergency.
Third, the legislature should consider fundamentally changing the budgeting process and force agencies to justify every penny of tax dollar they are appropriated.  They should also commit to identifying and eliminating waste.  They need to force government agencies to consolidate.  Stabilization should never be the goal of government.  It should be to become more efficient and reduce in size and scope.
Currently the Rainy Day Fund has a balance of $382 million.  With an expected budget shortfall of $1 billion or more, it’s a sure bet the legislature will be tapping the fund.  Until Oklahoma government is truly right-sized and streamlined, giving Oklahoma government more money- whether in a savings account or not- is inconsistent with good government. Government should be saving money by cutting operational costs, not by efficient management of more money.
Posted by Steve Fair is a Jelly Salesman. at 7:15 PM