In the name of unity, Political Parties often faciliate the SWAMP! 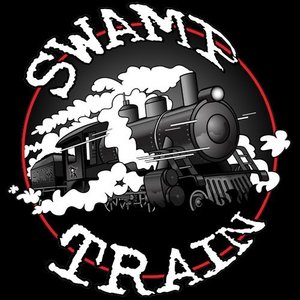 PARTIES & THE SWAMP!
by Steve Fair

The U.S. Constitution is silent on the subject of political parties.  Alexander Hamilton and James Madison, who authored the Federalist papers, both warned of the dangers of domestic political factions and partisanship.  That said, Hamilton founded the Federalist Party that advocated for a strong central government and Madison and Thomas Jefferson founded the Democratic-Republicans, who opposed strong central control. The parties' stated purpose was to influence public opinion by educating fellow citizens on issues and policy, but it sometimes got personal.  The famous Alexander Hamilton- Aaron Burr pistol duel was the final skirmish of a long conflict between the Democratic-Republicans and the Federalists. The conflict became personal in 1791 when Burr won a U.S. Senate seat from Philip Schuyler, Hamilton's father-in-law.  Schuyler would have supported Federalist policies. (Hamilton was the Secretary of the Treasury at the time.).  After many years of very public conflict between the two men, on Wednesday July 11, 1804, outside Weehawken, NJ, Aaron Burr, the sitting Vice President of the United States, shot and killed Alexander Hamilton, the U.S. Secretary of Treasury.  Burr, the grandson of the famous preacher Jonathan Edwards, completed his term as Vice President.  He then went west and was accused of trying to undermine the Louisiana Purchase by trying to establish a new country.  Burr was ultimately tried for treason and found not guilty. He lived out his life in Europe and NYC, dying 32 years after the infamous duel(1836).  Three observations:

First, political conflict in the U.S. is not new.  Thankfully it hasn’t reached the level of pistol dueling yet, but the personal attacks and mischaracterization of political opponents and their positions fuels conflict.  If it continues to escalate, we could see violence. Margaret Thatcher said, “Disciplining yourself to do what you know is right and important, although difficult, is the highroad to pride, self-esteem, and personal satisfaction.” Taking the high road is never a bad idea.  Jesus called it, ‘loving your neighbor.’
Second, Burr is important because in 1805, he presided over one of the most famous impeachment trials in American history.  Associate Justice of the Supreme Court Samuel Chase was accused of making judicial decisions based on partisan politics and not the Constitution (sound familiar).  Chase was acquitted by the Senate, but Burr is credited with the establishment of guides and rules for that first impeachment trial.  VP Burr set a high bar for behavior and procedures in the Senate chamber, many of which are followed today.
Third, Political Parties bear little resemblance to those first two.  Parties are primarily used as vehicles to be elected by candidates.  Party unity is stressed over conviction; Numbers in a caucus over uncertainty.   President George Washington, who was not a member of any political party, was right when he said, “However [political parties] may now and then answer popular ends, they are likely in the course of time and things, to become potent engines, by which cunning, ambitious, and unprincipled men will be enabled to subvert the power of the people and to usurp for themselves the reins of government, destroying afterwards the very engines which have lifted them to unjust dominion.”
Those cunning, ambitious and unprincipled men(and women) President Washington spoke of are the ‘swamp’ in politics.  Sadly, too often political party leaders are providing the tracks on which the swamp’s train is running.
Posted by Steve Fair is a Jelly Salesman. at 11:33 AM