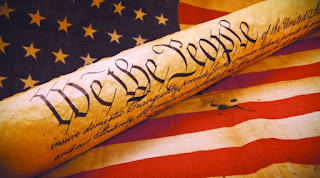 How the president is elected in America is laid out in the U.S. Constitution.  It states in Article II, Section 1, each state shall appoint, in such manner as the legislature thereof may direct, a number of Electors, equal to the whole number of Senators and Representatives to which may be entitled in the Congress.  It also authorizes Congress to determine the day Electors vote, which in 2020 is December 14th.  Thirty states, including Oklahoma, ‘bind’ their Electors to the election results in the state and can replace an Elector if they attempt to be unfaithful.  After the 538 Electors vote in each of the individual state, each state reports the results to Congress.  Those results must be received by December 23rd.

On January 6, 2021, in front of a joint session of Congress, the Senate President (US Vice President Pence) will open alphabetically each state’s Elector vote submission and four tellers (two from each chamber) will confirm the votes.  The Vice President will then announce the results.  Members of Congress may object to the returns from any individual state as they are announced. Objections to individual state returns must be made in writing by at least one Member each of the Senate and House of Representatives. If an objection meets these requirements, the joint session recesses and the two houses separate and debate the question in their respective chambers for a maximum of two hours. The two chambers then vote separately to accept or reject the objection. They then reassemble in joint session, and announce the results of their respective votes. An objection to a state’s electoral vote must be approved by both houses in order for any contested votes to be excluded.  Objections to the Electoral College votes were recorded in 1969 and 2005.  In both those cases, the House and Senate rejected the objections and the votes in question were counted.

In the case of an Electoral College deadlock between two candidates (269 to 269) or if no candidate receives the majority of votes, a “contingent election” is held. The election of the President then goes to the House of Representatives. Each state ‘delegation’ casts one vote for one of the top three contenders to determine a winner.  Two presidential elections in American history was decided by the House- in 1800 and 1824.  Four observations about the 2020 presidential election:

First, Congress declares the winner of the presidential election, not the media.  The constitutional process is clear.  Until the Electors vote December 14th, there is no president-elect.  For the media, or anyone else, to declare a winner before the 14th is pre-mature.

Third, if the race is thrown into the House of Representatives, Trump will likely be re-elected.  There are thirty (30) states whose delegation is majority Republican.  Democrats know that and are fighting to avoid that.  That is why the legal fight will be waged in the states.

Even if President Trump is not successful in challenging the results of the 2020 election, Americans are now aware of the differing voting rules across the states.  When some states are counting ballots a week after the election, it’s clear standardized rules for electing the president are needed.  Congress should establish uniform, identical voting timelines for states to follow for electing the president in future elections.
Posted by Steve Fair is a Jelly Salesman. at 7:25 PM