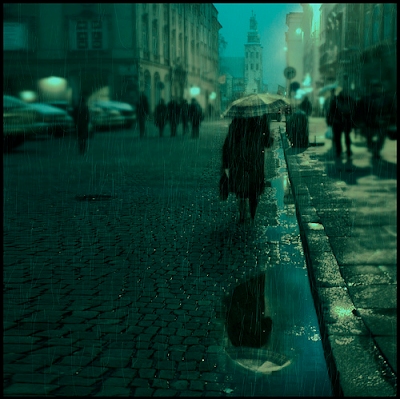 WAIT UNTIL IT IS RAINING!
by Steve Fair
In 1985, Oklahoma voters approved the creation of the Constitutional Reserve Fund- aka the Rainy Day Fund (RDF). After the oil bust of the 1980s, it was created to fill in the gaps when Oklahoma state government hit “real hard times.” The state legislature can allocate up to ten percent of the total budget into the Rainy Day fund. Since its creation, the fund has been “tapped” for over one billion dollars, but it has not been used in six years. That’s primarily because Republicans have taken control of the legislature and they have exercised more fiscal restraint than Democrats.
The current balance in the Rainy Day fund is $600 million and with revenues down almost twenty percent from estimates, Governor Henry, education leaders, and others are saying it’s time to declare Oklahoma a “flood” zone and tap the RDF. State Treasurer Scott Meacham has projected a $700 billion dollar shortfall by fiscal year end. Based on the guidelines for tapping the RDF, $223 million can be used immediately due to the shortfalls- more if the governor and the legislature declare an emergency.
Henry has said, “As governor, I have scrupulously guarded the Rainy Day Fund so that we would have a safety net in place when Oklahoma faced a true emergency. With revenues continuing to decline and important services facing larger and larger cuts, I believe we are facing such an emergency.” The last time the RDF was tapped was Henry’s first year in office (2003) when the Democrat controlled legislature, at Henry’s urging, spent $70 million dollars and that “rain” didn’t get a windshield wet.
Speaker of the House Chris Benge, (R-Tulsa) says he isn’t so sure it’s time to tap the RDF. Benge said, “We are trying to figure out where the bottom is. We are not sure if we have reached it or not. From our line of thinking we would like to error on the side of cutting more and then if then if things are better than we expect, we can come back in and address those critical needs," Benge went on to say, "We must work to find the delicate balance between deeper cuts and use of our savings fund to ensure we balance our budget this year, while also positioning ourselves to be able to withstand likely continued declining revenues into the foreseeable future.”
Senate Pro Tempore Glenn Coffee, (R-Bethany) agrees with Benge saying, "Our state continues to face uncertain revenue prospects for the foreseeable future, and the correct course of action is to continue to pare back expenditures throughout state government until better days return. We will continue to be conservative in our budgeting processes and look for waste or duplication in government services, and see the state through this challenging time.”
There was talk of a special legislative session to deal with the budget shortfalls, but that idea has apparently been scrapped. It appears the budget shortfall will be the first thing on the legislature’s plate when they convene in February. Governor Henry said, "When the regular legislative session convenes in February, we will have a better picture of the overall revenue outlook and more tools available to address the shortfall. We know the cuts will cause additional hardship for agencies and programs, but given the short-term fiscal outlook, there are no good options available.”
Three comments concerning the tapping of the Rainy Day Fund. First, if the RDF is tapped, it should be for the least amount possible. Cutting budgets and the size of government should be done first. I’m afraid many who want to tap the RDF see an opportunity to operate government as if times were good when the private sector and indiviuals are making major adjustments to their budgets due to the economy. It is true state agencies had their budgets cut this fiscal year and most have experienced reductions of five(5) percent in state funding from that number, but who in their right mind doesn’t believe government has at least twelve(12%) percent wasteful spending?
Second, these budget shortfalls present legislative leaders with the opportunity to tackle hard issues- like closing unnecessary state agencies and revamping common education in Oklahoma by uttering the “C” word (school district consolidation). It also gives lawmakers the opportunity to observe what areas of government are really necessary, which can be cut and those agencies we can do without.
Third, if we tap the RDF this year and things get worse, where is our “safety net?” The Rainy Day Fund is there when it’s really raining, not when the forecast calls for rain. True, these are not good times, but it’s not as bad as it could get. The RDF monies have always “burnt a hole” in the pocket of government bureucrats who cry “flood” when their budgets are cut. They are never willing to tighten their belts in tough times.
Speaker Benge and Pro Tempore Coffee should hold the line and focus on cutting wasteful spending first and tap the RDF when it’s really raining.
Posted by Steve Fair is a Jelly Salesman. at 7:40 AM