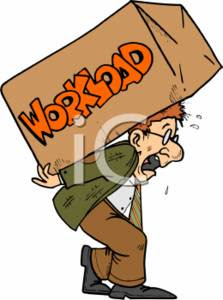 *****
Eight percent of the 45.4% are employed nationally are by the local, state and federal government. The problem is government consumes, the private sector produces. Without the private sector, the government jobs would not exist. That means that only 37% of the population of the United States is actually producing something, creating something by providing a good or service.

*****
Why is less than half of the American population working?
*****
First, America has an aging population. Seventy seven million baby boomers- those born between 1946 and 1964- are hitting retirement age. Because of the tough job market, a lot of them are not working later in life which puts more pressure on Social Security. Retirees are generally more costly to support than children. Nationally, it cost about $10,000 per year for a public school education for a child. The average retiree is drawing $13,000 in Social Security and $12,000 in Medicare. Taxpayers will spend about $125,000 educating a child and over $500,000 caring for a senior based on today’s dollar if. As our population ages, this will continue to put additional pressure on our economy.
*****
Second, in the past ten years, men have been leaving the labor force. After construction and manufacturing jobs begin to disappear, men started to stay home. For the most part, America doesn’t make anything anymore. We have shipped manufacturing jobs overseas because it was cheaper labor. This shortsighted strategy by unions and management made money for a few, but it has hurt our economy. American manufacturing has a chance of recovering if business schools start producing people who can run industrial companies, not just buy and sell their assets. When you consider that in 1960, more than 80% of men worked and that number is now 66.8%, restoring American’s manufacturing jobs is critical if we are to get American men back to work.

*****
Third, women in the workplace are up from 36% in 1960 to 56% in 2010. According to the Bureau of Labor Statistics, women are projected to account for 51.2 percent of the increase in total labor force growth between 2008 and 2018. In spite of the perception there is a wide disparity in women’s wages vs. men, women accounted for 51 percent of all workers in the high-paying management, professional, and related occupations last year.
*****
“No matter how wealthy a country you are, you have a problem if half the population is not working and depending on those who are,” John Goodman, President of the National Center for Policy Analysis says. How do we fix this topsy turby situation?
*****
We must do everything possible to stimulate the private sector. In the past ten years, private sector employment is off by -3% percent. Government has to get off the back of private business and let the free market work. It needs to reduce governmental red tape and regulations. In other words- stay out of the way! Business capital is a coward- it will not go where there is undue risk and regulation. Too many elected officials believe that businesses should have a conscience and think in a charitable way. Owners of businesses can be charitable, but businesses themselves have to be strictly bottom line to survive.
*****
Incentives for seniors to stay in the workplace should be offered. Instead of punishing them by limiting the amount of money they can draw while on social security, we should encourage them to work as long as they are able. This will allow them to stay active and be productive which will make them healthier and happier. That in turn will reduce the pressure on social security and Medicare.
*****
Neil Diamond sang, “His welfare is my concern, no burden is he to bear, he ain’t heavy, he’s my brother.” Most Americans are willing to help out those in need- the young, the old, and the sick. Americans are a generous people, but the problem is the private sector American worker is not just carrying his needy brother. He is carrying over 60% of the population and that burden will ultimately break his back, resulting in the collapse of America.
Posted by Steve Fair is a Jelly Salesman. at 9:27 AM