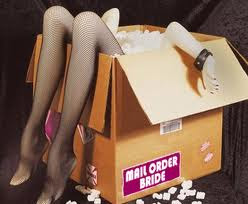 MAIL ORDER IS FOR A BRIDE, NOT DRUGS!
by Steve Fair
The Oklahoma State and Education Employees Group Insurance Board was created by the legislature in 1990 to administer the health, dental, disability and life insurance programs for state employees and educators. It is governed by an eight member appointed board that meets monthly. For several years, the OSEEGIB has been toying with the idea of having state employees and teachers purchase their drugs through a mail order pharmacy. The toying is over.
*****
In a press release issue on August 19th, the OSEEGIB said, “Beginning January 1, HealthChoice plans will make a mail-order pharmacy program for maintenance medications available to all pre-Medicare members. Maintenance medications are prescriptions that are usually taken on a daily basis and include drugs used to treat high-blood pressure, diabetes, high cholesterol, heart conditions, etc. By adopting a mail-order pharmacy program, it is estimated the plan will save about $9 million in prescription drug costs."
*****
Not everyone was happy with the decision. The Pharmacy Providers of Oklahoma, who negotiates contracts on behalf of over 500 Oklahoma pharmacies, distributed a flyer to HealthChoice members stating the proposal would hurt locally owned pharmacies and communities. The presented a plan of their own the ‘Community Pharmacy Proposal,’ saying it would save taxpayers $13.5 million more than the mail-order proposal.
*****
PPOk also said the decision would hurt local pharmacies and would have a negative economic impact of up to $75 million annually. The OSEEGIB disputes the amount of the economic impact and said they have been more than fair with independent rural Oklahoma pharmacists by ‘maintaining their reimbursement rate for over two decades.’
*****
After the PPOk’s flyer was distributed, the OSEEGIB’s Director of External Affairs, Dana Webb responded with a four page letter to members of the legislature providing a timeline of when the mail order proposal was discussed, who was invited to address the issue, and the justification for the decision by the board.
*****
Last week, three Enid area Republican lawmakers- Senator Patrick Anderson and Representatives John Enns and Representative Mike Jackson, sent a letter to Governor Fallin urging her to stop the mail order implementation by executive order. “There are better approaches to take than this OSEEBIG plan if the goal is to save money. Other options do exist- OSEEGIB has heard their plans and does not seem interested,” the lawmakers allege.
*****
This issue begs five questions:
*****
First, the move to a mail order pharmacy by the OSEEGIB will directly impact over 100,000 state employees and teachers plus their dependents. Webb states in her letter the OSEEGIB held two public meetings in August on this issue and lists a laundry list of organizations and associations contacted, it still begs the question why this flew under the radar? I can assure you that most of the insured were unaware this change was being considered.
*****
Second, who is Medco? They are a New Jersey publically traded company and a spinoff of Merck. They provide health care management services to over 65 million people nationally. In fact, Medco is the current Pharmacy Benefit Manager for the OSEEGIB. They also just happen to be in the pharmacy business. They operate nine mail-order pharmacies and six call center pharmacies throughout the country. Doesn’t this look like a conflict of interest? They decide what is covered, how much is paid and they sell the product?
*****
In 2004 Medco settled a lawsuit brought by 20 states alleging that they failed to disclose ‘incentives’ they received from drug companies and improperly switched or pressured doctors to switch patient's medication in pursuit of profit. Medco Health Solutions agreed to pay the United States $155 million plus interest to settle allegations that it defrauded the government. Was the OSEEGIB aware of Medco’s ethics issues?
*****
Third, if the PPOk’s Community Pharmacy Proposal will save taxpayers more money than Medco, why was it not considered by the OSEEGIB? On the flip side, why wasn’t PPOk charging these reduced prices proposed in their ‘Community Pharmacy Proposal’ before the mail order issue came up? Both questions should be addressed.
*****
Fourth, was the trust factor considered? Most people trust their local pharmacist when they have questions about their medication. They know them and feel comfortable confiding in them. Calling an 800 number and talking to someone in a call center just isn’t the same.
*****
Fifth, why would we intentionally do something to hurt our local businesses and communities? The actual savings to the taxpayer and the amount of economic impact this proposal will have on local pharmacies may be in dispute, but whatever the impact, there is no doubt it would hurt the local pharmacies. That actual savings to the taxpayers may also be insignificant.
*****
Fallin should issue an Executive Order delaying the implementation of this proposal. This decision needs to be revisited with the next round including full disclosure and more legislative and public input. Mail order may be fine for a bride, but not drugs.
Posted by Steve Fair is a Jelly Salesman. at 11:02 AM

This was a well written article addressing many points of this debate. You should have also pointed out the CaLPRERs scandall in which medco paid a board member to secure the contract. Seems certain members of the OSEEGIB board have their own agendas to think about, if it was really about saving money and taking care of Oklahomans and the tax payers they would be more open to negotiations.

Thank you for reading.