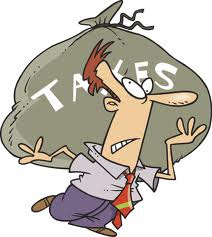 Last week, the Oklahoma Contingency Review Board amended and then approved a settlement agreement in a federal lawsuit brought against the Oklahoma Department of Human Services (DHS) by a New York based child advocacy group. The three member contingency board consists of the Governor, the Speaker of the House and the Senate President Pro Temp. For the settlement to be binding, the DHS Commissioners must still approve the amended settlement.
*****
"We take an important step to move forward to get this lawsuit behind us so we can start with the improvements, taking care of our Department of Human Services and our children of state of Oklahoma," Governor Mary Fallin said.
*****
Oklahoma House Speaker Kris Steele, (R-Shawnee), said "This is a golden opportunity to improve the agency under Oklahoma's terms instead of a court's terms. I'd like to thank Attorney General Pruitt and our DHS commissioners for their leadership in steering this process to a path that is truly in the best interest of Oklahoma, its taxpayers and its vulnerable citizens."
*****
Senate Pro Temp Brian Bingman, (R-Sapulpa) said, “There is no obligation we ought to take more seriously than the responsibility to protect the most vulnerable among us - particularly children in heartbreaking situations beyond their control. The most important thing in this settlement agreement is a focus on improving the quality of services provided for the children of Oklahoma. "
*****
But the organization that filed the suit back in February 2008 said the amended settlement was ‘surprising and disappointing’ and has not agreed to the settlement yet. If the suit is not settled, it is scheduled for a non-jury trial on February 21, 2012.
*****
In the suit filed by ‘The Children’s Rights’ organization, they allege the Oklahoma DHS violated the constitutional rights of more than 10,000 children living in Oklahoma’s child welfare system by routinely placing them in unsafe, unsupervised and unstable living situations, where they are frequently subjected to further maltreatment and deterioration while in state custody.
*****
According to their website, the Children’s Rights group was founded by Marcia Robinson Lowry, who says she has been a leading voice on civil rights and child welfare issues nationally for more than 35 years. Children’s Rights began as a project of the New York Civil Liberties Union and, later, the American Civil Liberties Union. The group has successfully won similar federal class action lawsuits in twelve states. You can read more about Children's Rights at http://www.childrensrights.org/
*****
Jerry Fent, an Oklahoma City attorney has filed a lawsuit challenging the Contingency Review Board’s authority to approve expenditures because two of its members are legislators and therefore the board is violating the state constitution concerning separation of power. Fent has been successful in two previous challenges to the board’s authority.
*****
Oklahoma taxpayers have already been out over 7 million dollars defending this suit according to DHS Director Howard Hedrick. Now it appears taxpayers will be out even more money to settle a lawsuit that will not guarantee future protection for children in DHS custody.
*****
Three comments concerning this issue:
*****
First, DHS can’t provide a guarantee that a child placed in a foster home will not be harmed. No one can do that. To expect otherwise is ridiculous. Blaming DHS for abuse committed by evil people is unfair. Hindsight is always 20/20, but a judge or caseworker can only make a judgment call with the information they have at the time. The abuse has primarily been at the hands of family or by wicked people who fooled DHS caseworkers into thinking they would lovingly care for a child. Perhaps some misjudgments were made by DHS staff, however don’t lose sight of the fact the abuse was not committed by the DHS, but by evil people.
*****
Second, the Children’s Rights organization could care less about children. Their mission is clear- they fund a large liberal organization by suing states and getting government leaders to pay settlements by using intimation tactics. If Children’s Rights cared a rip about Oklahoma kids, they wouldn’t saddle parents in our state with increased taxes to pay off lawsuits. Not one dime of the $7 million of taxpayers dollars DHS has spent defending this suit went to helping children- it went to lawyers.
*****
Third, DHS needs reform. It is a behemoth organization. Oklahoma DHS is the state’s largest employer. It has an annual budget of over $2 billion and staff totaling over 7,500. DHS is responsible for providing help to individuals and families in need through public assistance programs and managing services for seniors and people with disabilities. In addition, they handle child care services and administer several federal welfare programs. They have a function, but their whole structure and mission should be examined to insure effectiveness and efficiency.
*****
No one excuses child abuse, but this lawsuit will do nothing to protect Oklahoma children in the future. It is nothing short of taxpayer abuse!
Posted by Steve Fair is a Jelly Salesman. at 8:10 AM