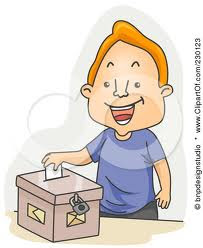 LET US VOTE!
by Steve Fair


This Thursday is the deadline for the Oklahoma House of Representatives to vote on HJR1075 authored by State Representative Jason Murphy, (R-Guthrie). The measure would send to a vote of the people a state constitutional amendment giving authority to the State Auditor & Inspector to conduct independent performance audits of nonfederal governmental entities or programs in Oklahoma.
*****
Murphy calls HJR1075 “one of the most important components of this year’s House government modernization effort.” In filing the resolution, Murphey called the proposed constitutional amendment an important measure “to ensure the performance audits remain free from political interference.”
*****
If approved in the House, the resolution moves on to the state Senate where, if it agrees, would place a state question on the ballot before voters this November.
*****
HJR1075 would make the performance audits at the discretion of the State Auditor. The scope of the proposed performance audits would include the identification of cost savings, reduction or elimination of services, and possible outside contracting of services to the private sector. In order to fund performance audits, the proposal earmarks 1/10 of 1% of current state sales and use taxes.
*****
What exactly is the difference between a normal audit and a performance audit? A regular audit only deals with the financial side of an organization. In a regular audit, so long as the debits and credits balance, everything is good.
*****
A performance audit examines a program, function, operation or the management systems and procedures of the audited entity to assess whether the entity is achieving economy, efficiency and effectiveness in the employment of available resources. Simply put, a performance audit determines if the government entity is spending the taxpayer’s money in an efficient manner.
*****
The Pew Center on the States writes, “Performance auditing and evaluation is an essential part of assessing government performance and holding agencies accountable for the tax dollars they receive.” The report goes on to say, “State auditing entities should have broad authority to audit any government entity, program, activity or function, and it’s critical to their effectiveness that they are able to conduct performance audits and evaluations free from the influence of other entities, such as the legislature or the executive branch.”
*****
Just how important are ‘performance audits?’ Last week, State Auditor Gary Jones released an investigative audit of the Oklahoma State Department of Education (OSDE). The audit revealed that former State Schools Superintendent Sandy Garrett had a slush fund she used to put on elaborate receptions in conjunction with continuing education seminars. The money collected for the fund was solicited by state employees on state time from private companies with OSDE contracts.
*****
During a ten year period, this fund spent $2.3 million dollars according to Jones. Although Garrett stated she saw nothing wrong with the fund, she shut it down before she left office. While an investigative audit is not exactly like a performance audit, they both go behind the normal ‘numbers’ audit.
*****
Giving Jones the authority and the money to do performance audits is not without some opposition. Critics of HJR1075 correctly point out the proposal would expand the powers of the State Auditor’s office. While that is true, isn’t identifying and eliminating government waste what most taxpayers want from their elected officials, especially the State Auditor?
*****
Representative Murphey said, “It is vital for the State Auditor to have the tools to thoroughly expose the inefficient and antiquated processes that are conducive to wasting taxpayer funds and corruption.”
*****
Murphey added, “This proposal will allow the Auditor to make the decision to audit based on need, not on political influence, funding or bureaucratic resistance.”
*****
Taxpayers, regardless of party affiliation, want to know how their tax money is being spent. I predict that if HJR1075 makes it on the November ballot it will be approved three to one by Oklahoma voters. A recent survey by Sooner Poll shows voters across Oklahoma overwhelmingly want the State Auditor ‘following the money.’
*****
What could possibly be a valid reason for a state legislator to oppose HJR1075? That is a good question and one I would urge you to ask your legislator. Passage of HJR1075 simply lets the voters decide the issue of accountability in government expenditures. If it is such a bad idea, then it should be soundly defeated. Legislators should not be trying to protect ourselves from ourselves. They should let the process play out in the arena of public ideas. Oklahoma voters get it right an overwhelming majority of the time.
*****
Contact your state legislator today and tell them to pass HJR1075 and let us vote!
Posted by Steve Fair is a Jelly Salesman. at 9:02 AM