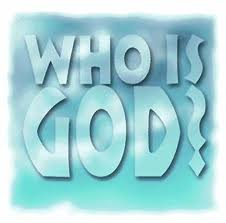 NO GOD?
by Steve Fair
Last week, at the Democrat National Convention, the Party resolutions committee presented a platform that left the word ‘God’ out of the platform and made no reference to Jerusalem being the capital of Israel.
*****
Defending their decision to leave out the Creator in their platform, one Democrat Party official said, “The platform includes an entire plank on the importance of faith based organizations and the tremendous work that they do. Further, the language we use to talk about faith and religion is exactly the same vocabulary as 2008. I would also note that the platform mentions: ‘faith’ 11 times; ‘religion’ or ‘religious’ 9 times; ‘church’ 2 times and, ‘clergy’ 1 time.”
*****
GOP challenger Mitt Romney said omitting a reference to God suggested Democrats were out of touch with mainstream America. Republicans also said omitting a reference to Jerusalem showed Obama was weak on Israel.
*****
Congressman Paul Ryan said, “It’s not in keeping with our founding documents, our founding vision, but I guess you would have to ask the Obama administration why they purged all this language from their platform.”
*****
After the outrage from the public, Obama campaign officials said President Obama personally intervened to change language in his party’s platform on Jerusalem and God.
*****
A resolution was offered from the floor by former Ohio Governor Ted Strickland, an ordained Methodist minister, to amend the platform to restore those references to God and Jerusalem.  If you watched the proceedings on TV, you heard many of the delegates in the hall boo after the convention chairman, Los Angeles Mayor Antonio Villaraigosa, rule that the amendment had been approved.  Violating every conceivable rule of order, Villaraigosa called for a voice vote three times before finally ruling the amendment had passed by a two thirds majority.  From viewing video of the vote, it was clear adding God back into the platform was not the will of two thirds of the delegates in the hall, but the Mayor declared the amendment passed anyway.
*****
Passing the amendment upset atheist. Hemant Mehta, chairman of Foundation Beyond Belief, who wrote in his “Friendly Atheist” blog that the Democrats showed some “backbone” by initially leaving God out of the platform. “Belief in God is a personal choice and there’s no reason to include reference to one faith or one system of belief in a platform designed to represent a large, far-from-monolithic party.”  “You knew it wasn’t going to last,” he added.  I agree with Mehta.  It takes courage to publish what you truly believe- even if it is wrong.
*****
Here in the Sooner state, some Democrats thought the initial idea to remove God from the platform was over the top.  In an article in the Washington Examiner, James Wright, a Democrat from Oklahoma City was quoting as saying, “As a Democrat, it bothered me that God was left out of our platform.  It bothers me even more that my fellow Democrats booed when God was added. I always thought there was room in the Democratic Party for everyone, even God.” George Clark, another OKC Dem said, “Despite what people might say, our country was founded on Christian beliefs. Because of that, we have freedom of religion. Democrats booing God it is a slap in the face to that freedom. No one’s higher power should be booed. Not ever.”
*****
So why did God, who was only referenced once in the Democrats’ 2008 platform disappear in the 2012 platform?
*****
According to John Green, a University of Akron professor of religion and politics, it was because the Democrats have a problem with ‘God talk” because  their voter base includes a substantial number of nonreligious people but also a diversity of religious people with varying approaches to God, doesn’t have a clear and simple conception of the divine.  So rather than risk offending anyone in their Party, the platform committee decided to leave God out.
*****
In the only platform that will endure for eternity- the Holy Scriptures, David wrote in Psalms 14:1 “The fool hath said in his heart, There is no God.”  The Apostle Paul said in Romans 1:25: “Who changed the truth of God into a lie, and worshipped and served the creature more than the Creator. “
*****
Republicans are far from perfect.  We have the same depraved, wicked heart that a Democrat has, but we do recognize our rights to life, liberty and the pursuit of happiness come from God.