Keep Our Right to Vote! 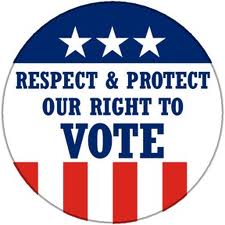 KEEP OUR RIGHT TO VOTE!
by Steve Fair

In an editorial Sunday, The Oklahoman wrote they supported allowing Oklahoma voters to decide as to whether to continue to elect the statewide offices of Labor Commissioner, Insurance Commissioner and State Superintendent of Public Instruction or make the three offices appointed positions.

State Senator Greg Treat, (R-Oklahoma City) is the author of SB #598 that passed the Senate General Government committee last Monday which now heads to the Senate floor.  “Our lengthy state Constitution has been set up to divide executive power in a way that invites bureaucratic growth and diminishes accountability,” Treat said. “Making these offices gubernatorial appointments will truly bring them under the executive branch, and allow the executive to be held accountable for the performance of the agencies. This reform is in line with what the voters approved for the Department of Human Services this year, and in my opinion, it is long overdue.”  If the bill passes both chambers, then it will be on the ballot in the next general election- November 2014.

One of the current statewide office holders supports Treat’s proposal.  Mark Costello, the current Oklahoma Labor Commissioner serving his first term, said that although he supports the bill, it doesn't go far enough.

Costello, a Republican, says government has gotten too big. He said the governor should have the authority to hire directors of state agencies and convert their boards and commissions to advisory roles.  "This bill, as worthy as it is, offers too little in structural reform," Costello said.

A couple of thoughts:

First, I am certainly for allowing Oklahoma voters the right to vote on whether they want to continue to directly elect the three secondary statewide offices.  But Oklahoma voters have already voted on this issue three times in the last forty years.  Here is the history:

In 1974, SQ #494, which would have made the Labor Commissioner an appointment by the Governor, was on the general election ballot.  It failed miserably 63% to 37%.  Just a year later, in 1975, SQ # 512, which made the office of Labor Commissioner appointive, BUT added the requirement of Senate confirmation passed in a primary election by the same margin.  One of the Senate authors was then State Senator Jim Inhofe.

After being an appointed position for thirteen years, in 1988, voters said they wanted to restore their right to vote on Labor Commissioner by passing SQ #613, by a 70% to 30% margin.

Should Oklahomans vote to give up the right to directly elect officials in three key positions in government?  I say no.  Directly electing secondary office holders doesn’t grow government.  Appointing someone instead of electing them to the position will not eliminate payroll or expenses.  Appointing them will create more bureaucrats, not less.    Taking away the vote from the people will create an oligarchy, where power effectively rests with a small number of people.  This proposal consolidates power and creates the potential of a Governor making appointments of political cronies, donors, and the unqualified to key positions.

In the editorial, The Oklahoman pointed out through the years these three offices have been won by some questionable characters.  There is no doubt we’ve had more than our share of knot heads (from both Parties) who have held statewide office in Oklahoma, but making an office an appointed position doesn’t eliminate that possibility.  Rest assured, there are more squirrels in appointed positions in government than elected ones

The voters in Oklahoma get it right the vast majority of the time.  Just twenty five years ago, voters expressed their opinion on this issue and overwhelmingly voted to restore their right to vote and directly elect the Labor Commissioner.  If this makes it to the ballot, voters should AGAIN say they want to keep their right to vote.