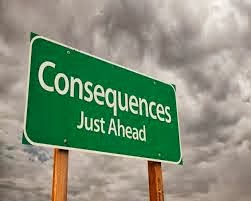 In July, Health and Human Services Secretary Kathleen Sebelius, the former Governor of Kansas, said the government was ‘on target’ to handle the anticipated volume to the federal health care exchange site.  Last month, Gary Cohen, the federal official in charge of health insurance exchanges, promised federal legislators that, “on October 1st ‘consumers will be able to go online, they’ll be able to get a determination of what tax subsidies they are eligible for, they’ll be able to see the premium net of subsidy,’ and they will be able to sign up.”  Right.
Now even some supporters of the Affordable Care Act worry the flaws in the system, if not quickly fixed, could threaten the fiscal health of the insurance initiative, which depends on throngs of customers to ‘spread the risk’ and keep prices low.
Despite repeated warnings the system was faulty, the Obama administration went ahead with the federal health care exchange. Back in April, ObamaCare architect and U.S. Senator Max Baucus (D-Montana), said “I just see a huge train wreck coming down if we don’t get some of the glitches fixed.”
Even the chief digital architect for the Obama administration’s online insurance marketplace had his doubts about the system.  In March, Henry Chao told industry executives that he was deeply worried about the Web site’s debut. ‘Let’s just make sure it’s not a third-world experience,’ he told them.
Welcome to the third world.
A week after the federal Web site opened, technical problems continue to plague the system. Officials said they are working 24 hours a day to improve the system and that they were confident it would soon be able to meet the demand. They added that there was ample time to correct the site to allow consumers to get insured by January 1st.  Some estimate it will take months for the federal government to get the system up and functioning as it should.
Four observations:
First, the Obama administration had ample time to get this right.  They knew that states were opting out of creating their own exchanges and that would increase traffic to the federal site.  This was not a big surprise.  They were just unprepared.  They failed because they failed to plan.  They should have delayed implementation until they were sure the system could handle the volume.
Second, simply delaying the implementation would have been reasonable and logical.  The reason they forged ahead is because they rightly fear they will lose control of Congress in the mid term elections.  They believe it is a likely possibility the Affordable Care Act will be repealed and if they delay they will miss the opportunity to move America to a federal government controlled health care system.
Third, this online digital system has cost taxpayers $400 million and counting!  That is just for the computer system to sign up consumers! That doesn’t include the cost to taxpayers for the government subsidies the Affordable Care Act provides those who sign up online.  This program simply costs too much and we don’t have the money to provide health care to every American.
Fourth, many Americans are finding their out of pocket costs of the ACA are higher than advertised.  In many cases across the country, consumers are finding that out of pocket deductibles and monthly premiums are more than they anticipated.
Elections have consequences and implementation of poor policy also has consequences.  The reaping of those consequences may be seen in the 2014 midterm elections next November.
Posted by Steve Fair is a Jelly Salesman. at 1:20 PM