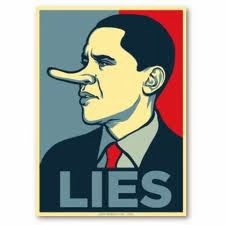 
It’s called a ‘little white lie,’ sales talk, exaggeration, overstating, and funning.  Most people have been guilty of it in their life, especially if they fish or play golf.  Most of those falsehoods do little harm and are easily forgiven.  After all, everyone at one time or another, has attempted to paint a story in a more positive manner.
President Obama has been taking a lot of heat recently on the Affordable Health Care Act.  First because the federal run health care exchange website is not operating and people can’t navigate the site once they are on it.  Second, because the President told the American public the new health care law would save them money on their insurance premiums and it’s not and third because he said Americans would be able to keep their current insurance plans and they can’t.
First, why is the federal health care exchange web site not working?  The federal government had plenty of time to develop and test a web site, yet it appears that wasn’t done.  Kathleen Sebelius, the Health and Human Services secretary, apologized to the nation for the botched launch of the Affordable Care Act in testimony before the House Energy and Commerce Committee last week.  “In these early weeks, access to the health care website has been a miserably frustrating experience,” the former Kansas governor said.  She was grilled by the panel on why the site wasn’t working and she couldn’t really provide a definite explanation other than it was an integrated system that wasn’t properly tested before the launch.  Experts in the field say the site will not be ready until March of 2014 at the earliest.  Someone must be held accountable for this debacle and Sebelius is the logical choice.  She should resign.
Second, why are Americans paying more for insurance coverage with the implementation of the ACA?  A computer model by the Society of Actuaries at Forbes.com predicts ACA-driven changes could drive up underlying costs by an average of 32% nationally by 2017.  Moreover the projections showed double-digit increases in 42 of 50 states over the next four years.  Last week in Boston, the President admitted that a ‘fraction’ of Americans will pay more for insurance than they currently pay.  He wasn’t saying that thirteen months ago on the campaign trial.  In fact, he was saying the opposite.
Third, why are Americans losing their current insurance because of the ACA?  Florida Blue, for example, is terminating about 300,000 policies, about 80 percent of its individual policies in the state. Kaiser Permanente in California has sent notices to 160,000 people – about half of its individual business in the state. Insurer Highmark in Pittsburgh is dropping about 20 percent of its individual market customers, while Independence Blue Cross, the major insurer in Philadelphia, is dropping about 45 percent.  When campaigning for re-election last year, President Obama said, “If you already have health insurance, you will keep your health insurance.” NBC and the Washington Post, not exactly conservative news outlets, have said the President knew it was a lie when he said it.
The debate on whether the President is a Christian or a Muslim has been raging since he was elected.  Personally I believe he is a SECULARIST, but with the tactics he used to sell ObamaCare, perhaps those who contend he is Muslim may be right.  Did you know that it is acceptable to lie in the Islamic religion?  It is know as al-Taqiyya, which is the Islamic word for concealing or disguising one’s beliefs, convictions, ideas, feelings, opinions, and/or strategies.  According Dr. Don Boys,  Muslims lie when it is in their interest to do so and “Allah” will not hold them accountable for lying when it is beneficial to the cause of Islam. They can lie without any guilt or fear of accountability or retribution. A lie in the defense of Islam is approved even applauded in their “holy” books.  Check out this website for more information: http://www.muslimfact.com/bm/terror-in-the-name-of-islam/islam-permits-lying-to-deceive-unbelievers-and-bri~print.shtml.
The bottom line is the President practices situational ethics.  He believes the end justifies the means.  In his world, it’s acceptable to lie if the cause is just.  That’s frightening and means the public can trust nothing he says.  No matter if you support the ACA or not, lying to the public to promote its passage and acceptance was/is wrong.
Posted by Steve Fair is a Jelly Salesman. at 10:59 AM

Another important quality to consider in finding the best (or at least a very good) insurance company is its performance in paying claims for people who;ve experienced losses. You want an insurance company that pays its claims quickly and without causing extra stress. It can be difficult to assess this quality when purchasing a policy because you haven't experienced a covered loss. Consumer Reports has published some excellent articles that provide information about this quality.