STAY OUT OF THE HOG PEN! 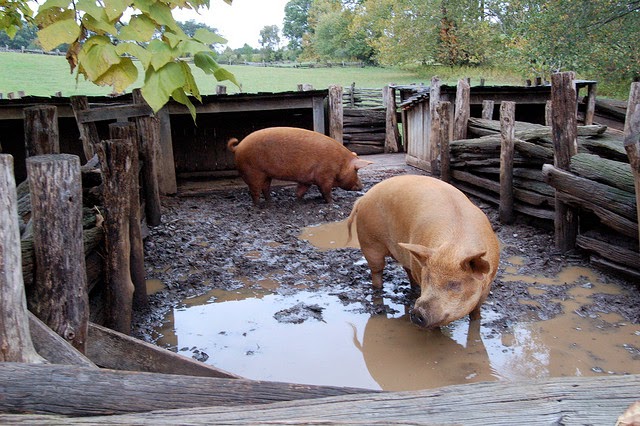 STAY OUT OF THE HOG PEN!


On Monday, the Oklahoma state Senate Education Committee voted 11-0 to pass HB #3399, which rejects the Common Core standards for Oklahoma public schools.  The bill now heads to the floor of the Senate for a vote, where it is expected to pass.  It remains to be seen if Governor Fallin will sign the bill, but in a statement last week Fallin said, “I have been clear that Oklahoma must take the lead in developing and implementing our own standards and assessments. To protect the principle of local control, and to resist federal overreach from Washington and the Obama administration, I signed last year an executive order outlining Oklahoma's independence in implementing higher standards and student assessments.”  That appears to mean Fallin will sign the bill if it reaches her desk.


Common Core started off as what seemed like a noble idea- establishing a common nation wide standard for math and reading in public education.  It has become one of the most controversial issues in recent memory.  What exactly is common core?  According to their website, corestandards.org, “The Common Core is a set of high-quality academic standards in mathematics and English language arts/literacy (ELA). These learning goals outline what a student should know and be able to do at the end of each grade. The standards were created to ensure that all students graduate from high school with the skills and knowledge necessary to succeed in college, career, and life, regardless of where they live.”  Sounds pretty good, right?  I mean if you move from Oklahoma to California, you want your child to be reading and siphoning at about the same level as where they were living.   Everyone singing off the same sheet of music so to speak.  And after all it was an initiative by private industry and the NGA right?


What is not widely known is the NGA was just a ‘front’ for the real proponents of Common Core.  The five ‘authors’ of the Common Core standards were President Obama donors- liberals.  David Axelrod, a liberal senior advisor to President Obama, said during a speech in Chicago last year, that common core was, “an initiative by the Obama administration.”  Rest assured, the goal of Common Core, from the beginning, has been a wholesale takeover by the federal government of common education in America.  That has been the objection since Ike was President- through both D and R Presidents.


Some misguided Republicans in the state legislature argue that federal imposed standards for common education are better than no standards.  Oklahoma public schools do have standards for math and reading and while those standards may vary district to district, they do exist


Some have been puzzled as to why the Home school network has been opposed to Common Core.  The reason is because if CC were implemented, it would impact curriculum, testing and student data gathering for Homeschoolers.


The Oklahoma State Republican Party recognizes the threat of Common Core.  Because of that, the platform has a plank opposing implementation of Common Core.  The Republican National Committee, earlier this year, voted unanimously to oppose Common Core.  How is it conservative Red State Oklahoma is fighting this battle within our own ranks?  Why is it legislators with an ‘R’ beside their name are supporting an issue the Republican grassroots oppose?  Why aren’t they listening to their constituents?  Is it duplicity?  Are they misguided?


Duplicity is defined as, “contradictory doubleness of thought, speech, or action.”  An Oklahoman would call it being ‘two faced.’  Campaign one way- vote another.  Press release conservative- vote liberal.   I expect the majority of Republican state legislators are honest ethical people who say what they mean and mean what they say.  I don’t think the issue is duplicity.  I believe the real reason we are fighting this battle on Common Core is because lawmakers clearly didn’t do their homework.  State lawmakers accepted a serendipity broad brushed overview that was designed to deceive and mask the liberal overtones and true objectives of Common Core.


What is disappointing is hardworking Oklahomans shouldn’t have to hold the hand of our conservative elected officials and educate them when a bill is ‘dirty.’  We shouldn’t have to be telling them what is in our platform.  They should be aware of what the Republican Party stands for.  They should recognize when a liberal organization presents an idea, it is likely liberal.  They should have enough sense to know a pig pen is dirty without crawling into it.
Please contact your State Senator today and urge them to vote for HB# 3399 when it reaches the Senate Floor.   Local control of education is at stake.
Posted by Steve Fair is a Jelly Salesman. at 11:20 AM