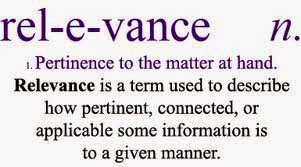 Recently the Nevada GOP removed opposition to abortion and gay marriage from their state platform.  Supporters of removing the planks said it would allow Republican candidates to focus on economic issues in elections.  They cited a recent ABC News/Washington Post poll that said 50% of Americans believe gay people should be able to marry.  They believe if the GOP continues to oppose abortion on demand and gay marriage the Grand Ole Party will become ‘irrelevant’ in the political process. Four observations:
First, practicing situational ethics will never give us good government.  Situation ethics is a theory that is concerned with the outcome or consequences of an action; the end, as opposed to an action being intrinsically wrong. In the case of situation ethics, the end can justify the means. There are no absolutes. Your actions are guided only by your conscience. Changing the GOP platform or the position on an issue to gain votes is the exact same strategy that has gotten America to where we are today.  Few political leaders in America, on both sides of the isle, consistently stand for principle.  They are like a weather vane twisting in the wind, polling the masses to insure they remain relevant.
Second, no matter what antinomian anarchists believe, there is absolute truth.  It can be found in the word of God.  God has clearly stated that marriage is between one man and one woman and that life begins at conception.  They can argue God’s viewpoint is unfair, illogical, mean-spirited and outdated, but their argument is with the sovereign creator of the universe and ultimately He will prevail.  The only way to remain relevant is to stay on God’s side.
Third, removing these planks will hurt the GOP in future elections.  The vast majority of rank and file Republicans support life in the womb and traditional marriage.  In fact, those issues are the most important to many evangelicals who are registered Republican.  If those planks are removed, a huge block of voters will be alienated/disenfranchised and will make the GOP irrelevant.   Evangelicals may not vote for a liberal in an election, but they do stay home and not vote at all like they did in 2008 and 2012.
Fourth, being relevant is overrated and shortsighted.  Trying to be relevant is a slippery slope.  The GOP could learn from the example of America churches; Forty years ago, American churches began ‘relevance’ campaigns because church attendance was down.  Church leaders added contemporary entertaining music in worship services and deemphasized the sermon in order to appeal and be relevant to a younger demographic.  In most churches today, attending a worship service is more like attending a concert.  Did the ‘relevance’ strategy work and increase attendance?  According to a recent poll by the Evangelical Covenant Church less than 20% of Americans now regularly attend church.  Compare that to 50% just 50 years ago.  What those shortsighted church leaders failed to understand was in their zeal to become relevant, they became irrelevant.  They mistakenly believed the source of their power was their skills of persuasion and musical talent.  It is God who changes the hearts of men.  When pulpits across America abandoned the truth of the gospel for ‘relevance’ they lost the blessing of God.
If the Republican Party abandons truth for relevance, the GOP will cease to be relevant.  Every Christian, particularly those who are registered Republican, should be concerned with this latest trend in the Republican Party.  These hostile takeovers of the GOP by those who believe in moral relevance should serve as a wake-up call to the unengaged Christian citizen.  It’s past time for them to step up and get involved in their government.
Posted by Steve Fair is a Jelly Salesman. at 11:12 AM