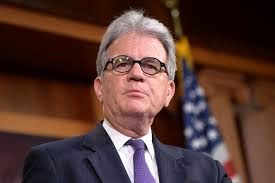 CAN AMERICA CHEAT HISTORY?
by Steve Fair
Last Wednesday, Dr. Tom Coburn gave his farewell speech to the U.S. Senate.  He was emotional and reflective on his time in the Senate, but used the time to ask a very important rhetorical question: Can America cheat history?  Can America’s Democratic Republic form of government survive longer than other countries that had similar forms of government?
History tells us the average life span of a Democratic Republic is about 200 years.  If that is the case, then America is living on borrowed time at 238 years.


Alexander Fraser Tytler, a Scottish judge and historian, said, “A democracy is always temporary in nature; it simply cannot exist as a permanent form of government. A democracy will continue to exist up until the time that voters discover that they can vote themselves generous gifts from the public treasury. From that moment on, the majority always votes for the candidates who promise the most benefits from the public treasury, with the result that every democracy will finally collapse due to loose fiscal policy, which is always followed by a dictatorship.  The average age of the world's greatest civilizations from the beginning of history has been about 200 years. During those 200 years, these nations always progressed through the following sequence: From bondage to spiritual faith; from spiritual faith to great courage; from courage to liberty; from liberty to abundance; from abundance to selfishness; from selfishness to complacency; from complacency to apathy; from apathy to dependence; from dependence back into bondage.”  Tytler was right- no Republic has survived much more than 200 years.  Coburn addressed several areas America- and her government- must improve if we are to survive.
First, if America is to survive, out of control spending must be addressed.  America is $18 trillion dollars in debt.  Congress just passed a $1.1 trillion dollar spending bill and sent it to the President.  Coburn identified billions of dollars of duplication and waste in the budget and yet lawmakers on both sides of the aisle signed off on it.  In fact many Republicans fought for their chance to get to the pig trough to get something for their state.  Coburn admonished that practice in his speech. “Your state is not mentioned one time in that oath,” he said. “Your whole goal is to protect the Constitution and its liberties. It’s not to provide benefits for your state.” In other words, pork is pork, no matter where it is.


Second, elected officials must get back to following the founding documents.  Quite frankly, that is the only thing they have the legal authority to do- uphold the Constitution-, but in modern times, the Constitution has been largely ignored.  During his speech, Coburn read the ‘oath of office’ all Senators take and then stated that many had abandoned their oath and responsibility for the mission of, ‘bringing home the bacon.’


“We established the Constitution to try to protect those rights and to delineate those rights. We put in the limitation of the government and outlined the rights of each individual citizen upon which the government shall not infringe. Yet what comes out of this body and this Congress every day, to my chagrin, infringes those guaranteed rights,” Coburn said.


Third, elected officials must exercise oversight of government if America is to survive.  “To know how to reach a destination, you must first know where you are, and without oversight --effective, vigorous oversight --you will never solve anything,” Coburn said.  It is the responsibility of Congress to make sure government does a good job in spending our money.  It is the responsibility of Congress to make sure government doesn’t overreach and impede our liberty.  Congress needs to hold bureaucrats accountable.  “Effective oversight is an effective tool to expose government overreach and wasteful spending, but it also markedly exposes where we lose our liberty and our essential freedoms,” Coburn said.
Coburn concluded with a message of hope.  “I tell people everywhere I go… we do not have one problem we cannot solve,” he said. “There is nothing too big for us. They’re all solvable.  Can we cheat history? Can we do something better than has been done in the past? I honestly believe we can. But I don’t believe we can if we continue to ignore the wisdom of our founding documents,” said Coburn.
Can America cheat history?  I’m not sure, but I predict we will be referencing Coburn’s ‘farewell speech,’ of 2014 for decades to come.

To watch Coburn's speech on Youtube, go to:
https://www.youtube.com/watch?v=vRfg5IyZVN0&list=UUVfmzzKSutzOyJIikyseNHg

Posted by Steve Fair is a Jelly Salesman. at 4:00 PM