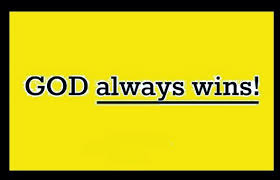 Ronald Reagan once said, “I have wondered at times what the Ten Commandments would have looked like if Moses had run them through the US Congress.”   Across the country, there has been a consistent effort to have the Ten Commandments removed from public display.  Oklahoma is not an exception.  Last year, the state Supreme Court ordered the removal of the Decalogue monument from state property, citing the state constitution’s so-called Johnson amendment.
Last week, the Oklahoma state House of Representatives voted 86-10 to approve House Joint Resolution 1062.  If passed by the state Senate, it will place on the November ballot a state question that will remove the ‘Blaine’ amendment language from the state constitution.  State Representative Randy Grau, (R-Edmond) said the state high court’s ruling last year to remove the Ten Commandment monument from state property, created the need for HJ 1062.  “When we learned that the Oklahoma Supreme Court ordered the Ten Commandments monument removed from the Capitol, everyone was surprise. The ruling went against clear legal precedent supporting the placement of such monuments on government property. Our state’s highest court misinterpreted the Constitution, and we had no choice but to send the question to the people of Oklahoma regarding the public display of such monuments. Today, the House voted overwhelmingly to do that, ” Grau said.   It is very likely it will pass the Senate and we will be voting on it in the general election.  It should clearly be approved by the voters and here is why.
First, the vast majority of Oklahomans support the public display of the Decalogue, aka the Ten Commandments.  When the court made the decision and cited the so-called Johnson amendment as justification for removing the monument, it created an uproar across the state.  Even citizens who weren’t political were outraged when the monument was removed.  At some point the people should have some input in a self-governing society and changing the state constitution to allow the public display would likely pass easily.
Second,  in 2005, the Supreme Court of the United States decided in a 5-4 decision that having a Ten Commandments monument on state property did not violate the Establishment clause in the US Constitution.  In a case very similar to the one in Oklahoma, brought against the state of Texas, the SCOTUS ruled though the Commandments are religious, the plurality on the court argued, "simply having religious content or promoting a message consistent with a religious doctrine does not run afoul of the establishment clause."
Third, perhaps some of Oklahoma’s leaders would actually read and study them if they were on display.  It is always humorous to watch politicians scramble to support the public display of the Decalogue when many couldn’t come up with half of the ten if asked.  Most are not aware of the real purpose of the law(10 commandments).  It is to show us how sinful we are before a holy God.  The commandments are rules that no one can keep- with the exception of Jesus Christ, the son of God.  When political leaders talk about them and say they keep them, they reveal their ignorance of the purpose of the law.  They need to read Galatians 3:24.  The Ten Commandments provide us a glimpse into the character of God.  It reveals to us what He hates and what He loves.
The real fight over the Ten Commandments has nothing to do with the principles or rules they enumerate.  It’s about God.  Without God, the Ten Commandments, and morality in general, are just a list of arbitrary rules. Unless there is a Higher Authority (God) behind the Ten Commandments, all right and wrong are just personal opinion and belief, subject to change.  That is what those who oppose having them displayed publicly are really saying- I will have no one to rule over me, including my Creator.  Fact is, God rules this earth, whether you believe it or not.  It matters not what the Gallup poll says, He wins.
Contact your state senator and ask them to support HJR 1062.

Corrected version:  In my original post, I wrote that provision in the Oklahoma constitution that prohibits state pproperty or assets to be used by a religious institution to be the JOHNSON amendment.  Dr. Carolyn McLarty, National Committeewoman for the Oklahoma Republican Party, pointed out that is was the BLAINE amendment, not the Johnson amendment.  That is correct.  The Johnson amendment has to do with churches being used for campaigning.  I apologize for the error.

Posted by Steve Fair is a Jelly Salesman. at 7:19 PM