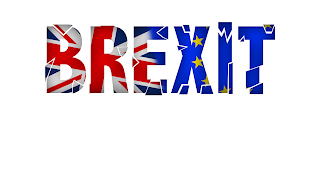 BREXIT VOTE MAY BE PREVIEW- OR NOT!
by Steve Fair

Last week, Great Britain voted to exit the European Union.  The EU was formed in the late 50s and includes 28 member nations and about 500 million in population.  It established a single economic market through a standardization of laws in member countries.  It abolished passport controls and allowed free movement of people, goods, services and capital.  The ‘Euro’ currency was authorized and accepted throughout the Union.  Brits voted 52% to leave the EU primarily due to the emotionally charged issue of immigration.  EU law requires members to admit an unlimited number of migrants from other EU countries.  Critics of the open borders policy argued that large-scale migration of workers from elsewhere in Europe had lowered wages for native-born Brits.  Voting was heavy (71% turnout) and blue collar workers were the reason for the outcome.  The average Englander was fed up with the elitist class- financial and political- blurring the distinctives of their country.  In London and other larger metropolitan areas, the vote was clearly to remain, but the rural areas wanted to restrict immigration.
No one appears to have seen this coming.  Pollsters were saying the vote would be close, but that Brits would vote to remain in the EU.  In April, President Obama urged Brits to think carefully about the leaving the EU and warned them the U.K. would be moved to the “back of the queue” on trade deals with the U.S. if they voted to leave.  Secretary Clinton also cautioned the Brits to remain in the EU.  Donald Trump urged them to ‘take their country back,’ and supported Brexit before he took the official position and told people to not to listen to him because he hadn’t focused on it much.
So does the Brexit impact Americans?  The initial reaction by the Dow Jones was negative, dropping 900 points in two days- the largest drop in history.  That impacts 401ks, and retirement plans for most Americans- if anyone sells at the lower prices.  Analysists expect the market to recover, but the Brexit could impact the worldwide economy for the next year.  Britain is the world’s fifth largest economy and with the political climate murky in the country, investors pulled back on trading.  The British pound fell to a 30 year low against the dollar.  Three observations about the Brexit:
First, the Brexit vote reveals an angry electorate worldwide.  The 28 nations of the EU have the most liberal immigration policy in the world.  Many ‘natives’ in those countries see their country transforming before their eyes.  Their culture, religion, economic livelihood and way of life are being threatened by unrestricted immigration.  They believe their national and personal security is threatened by Muslim terrorists who can move freely throughout the EU.  That frustration with the status quo is what propelled Donald Trump to the Republican nomination.  Angry voters tend to be streaky voters and not as informed as faithful voters, and their mentality is often ‘throw the bums out,’ which has never resulted in better government.
Second, the leadership of Great Britain was clearly out of touch with their citizens. Prime Minister David Cameron, who once called himself Obama’s ‘bro,” announced after the vote he would resign in October and let his successor handle the spilt from the EU.  Cameron bet his political future on the results of Brexit and lost.  Brits have been pressuring their elected officials for years to reform the EU or get out, but the political elite didn’t listen.
Third, the Brexit has set back globalization.  Political and financial elitists have to regroup in their plan to dissolve borders and create a common worldwide currency.  Convincing the rank and file that national borders are unnecessary and that immigration should be unrestricted has presented more of a challenge than they anticipated, particularly in self-governing democracies.  The sheep are not following as closely as they had hoped.
The Brexit vote may be a preview of the coming presidential election- or not.  There are certainly enough angry voters in America to elect Donald Trump over Hillary Clinton.  Americans are not ready for a borderless world, no matter what Secretary Kerry says.  Americans want illegal immigration stopped.  They want the borders secured.  The question is:  will they turn out at the polls in mass like the Brits?
Posted by Steve Fair is a Jelly Salesman. at 5:32 PM