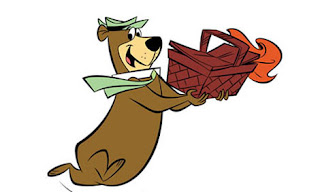 BASKET OF DEPLORABLES?
by Steve Fair

On Friday, former Secretary of State Hillary Clinton said at a fundraiser: "To just be grossly generalistic, you can put half of Trump supporters into what I call the basket of deplorables. Right? Racist, sexist, homophobic, xenophobic, Islamaphobic, you name it."  Clinton made the comments before introducing Barbra Streisand at an LGBT fundraiser in downtown New York.  where it was estimated Clinton raised over $6 million dollars.   On Saturday, she apologized for the comment saying she regretted saying that ‘half’ of Trump’s supporters were deplorable.  “That was wrong,” Clinton said.
Trump came out quickly and condemned Clinton’s remarks stating that while Clinton’s supporters might never vote for him, he ‘respected’ them.  He said Clinton’s remarks showed a ‘shameful level of disrespect' for millions of hard working Americans.  Even liberal news outlets said Clinton’s comments were inappropriate, which is probably what prompted her to apologize.
Webster defines deplorable as: a person or object deserving of strong condemnation, shockingly bad in quality. People or objects that are deplorable are not worthy of consideration. If someone looks at someone else as deplorable, they are not likely to work with them, communicate with them, interact with them or respect them.  Evidently in Clinton’s world, anyone who honestly disagrees with her position on same sex marriage, abortion, and gun rights is deplorable.  Clinton’s comments reveal how all too many political types- Ds and Rs- view anyone who doesn’t support their campaign; they are misguided deplorable people whose views and opinions must be ignored for the furtherance of their agenda.  America has become a very politically polarized country.  Elected officials, at all levels, brag about ignoring those who supported their opponent, even if they are a constituent.  That is deplorable!  When a person is elected to a position, they should equally represent every constituent, regardless of whether that person voted for them or not.  They may not agree with the position of everyone they represent, but they should be respectful and recognize the American form of government allows for the right to disagree.  You have to at least appreciate the honesty in Clinton’s remarks.  She truly will not represent those who agree with Trump on the issues.
Last week, I spoke to a civic club about the presidential race.  During the Q&A session, I was asked how America got in the current situation; out of control government spending, growing government, and elected officials- on both sides of the aisle- ignoring the citizens?  The short answer is because less than 5% of Americans are paying attention to their government.  The vast majority of voters base their voting decision on the propaganda sent out by candidates, not on the issues.  The best candidate doesn’t always win- the best organized or best marketer wins.  The amount of money in politics has grown exponentially in the past twenty years.  A candidate could run for Congress and mount a competitive campaign for $200,000 in 1996, but now it costs millions.  A huge industry of political consulting has exploded in growth in recent years.  Their goal is to tell the voter what they want to hear so the voter will pull the lever for their client.  Until the general population takes equity in their government, we can expect more of the same.
Being an informed voter takes work.  It means showing up at political Party meetings and listening to elected officials explain their votes and holding them accountable.  If a person does that, you could risk being branded a deplorable person.  Change will only happen when the average citizen truly comes to the point they believe that getting involved in their government is important to them and is critical for their kids and grandkids future.  Has that time come for you?

Posted by Steve Fair is a Jelly Salesman. at 6:46 PM