Oklahoma voters need to have recall in their accountability toolbox! 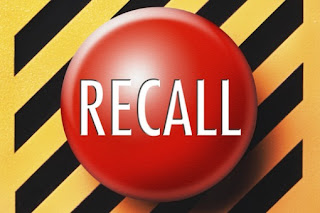 RECALL, NOT EXPLUSION!
by Steve Fair

The Oklahoma legislature opened the 2017 session this week.  A record number of bills were filed and will start working their way through committees.  Two districts will be without representation- Districts 28 and 75.  Both districts had their representative resign, one to take a political job and another under pressure after a special House committee recommended his expulsion.   The special election for #28 will be May 9th, so the winner will be sworn in and participate in the last three weeks of the legislative session.  No dates have been set for #75, but it’s a certainty the general election will be after session.  Dan Kirby, the Tulsa legislator who resigned under pressure, faced possible expulsion from the state House, over alleged sexual harassment charges.  Should a legislative body have the power to kick out a duly elected member elected by the people?  Many conservatives say yes and called for Kirby’s expulsion, and while clearly he is unfit for office, isn’t it the job of the people in his district to ‘drain the swamp’ and replace him, not the legislature?
I have long advocated that Oklahoma voters should have a ‘recall election’ option.  Term limits demands recall.  When we have ‘lame duck’ elected officials who will never face the voters again, they can do a great deal of damage in their last term.  Most often those termed out elected officials are influential and are in leadership positions.  Their last term can be either their most effective or their most destructive.  Termed out State wide elected officials and State Senators have four years after their last election to do their damage.  Voters should be able to gather names on a recall petition and make the wayward or morally bankrupt elected official face the voters again.  Now Oklahomans just have to wait them out.
Currently 29 states have some recall provision on the books and 19 states allow for the recall of state legislators and statewide elected officials.  Only eight of those states require those seeking a recall election to show cause.   Two governors have been recalled in US history- the most recent being California Governor Gray Davis in 2003.  Governor Scott Walker of Wisconsin narrowly won a recall election in 2012.
The Founding Fathers debated the inclusion of a federal recall provision in the Constitution, but ultimately decided against it. Instead, members of Congress can be removed by expulsion, a formal vote in which two-thirds of the Senate or House of Representatives agrees to exclude the member. Only 20 Congressmen in our nation’s history have been expelled and 17 of those occurred during the Civil War over accusations of "disloyalty to the Union"
So how would recall work?  It would be much the same as the current initiative petition process in Oklahoma or the calling for a grand jury.  There are generally four steps: (1) Apply for permission to circulate the recall petition.  This usually means the Attorney General insures the petition is legal and establishes a period of time that signatures can be gathered.  (2) Gather the required number of signatures in the prescribed timeframe, (3) Signatures are verified (only registered voters are counted), and (4) Hold the Recall election.   The most common percentage of voters required to initiate a recall is 25% of the total from the last general election.
Some states hold what is known as a ‘simultaneous’ recall.  In order to save time and money, they ask two questions of the voters in a recall election: 1) Do you believe the official should be recalled; and 2) Who do you want to replace that official with?  If the majority of voters answer "yes" to the recall question, then the person who receives the most votes on the second question is the winner. In other states, the approval of the recall petition triggers a special recall election in which the recalled official runs against a single opponent. If more than one person wants to run, then a primary must be held.
Recall should not be used lightly and it should never be fueled by anger over personality.  Recalls should be based on real issues and used when an elected official is clearly out of step with their constituency.
If Oklahoma had recall, I believe two things would happen: (1) Elected officials would pay more attention to the views of their constituents in their lame duck term- and maybe all the time, and (2)Fewer elected officials would venture off the reservation if there was the fear of a recall election.
Now all we need is some brave legislator to propose recall, but don’t hold your breath- few elected officials are for recall.  Likely, the only way it will happen is when voters of Oklahoma gather sufficient signatures to amend the Constitution.
Posted by Steve Fair is a Jelly Salesman. at 1:36 PM