NO ONE IS INDISPENSABLE! 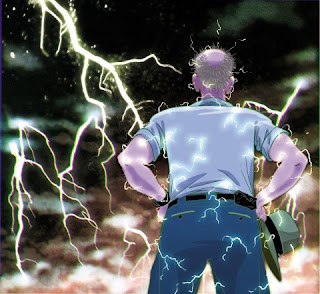 CORRUPTION IN POLITICS?
by Steve Fair

What makes America’s political process corrupt?  It is not restricted to just one Party.  Both major political Parties have elected officials that lie, cheat and steal to remain in power. Both Parties have been plagued with sex, embezzlement, and bribery scandals.  You can’t pick up a newspaper or turn on the TV and not see a report about political scandal.  Is America’s political process corrupt?  How did it get that way and how do we rectify it?
First, politicians are just like everyone else.  They are born with an inherent sin nature and are subject to the same temptations as any other person.  To expect an elected official to behave at a higher moral level than the general public just because they are in a position of leadership is foolhardy.  Until God does a work of regeneration in any man, they will be a slave to pride and covetousness, the root causes of corruption.
Second, no one is irreplaceable.  Too many politicians think of themselves as indispensable.    There are too many ‘career’ politicians.  Our federal political system rewards seniority.  Recently an Oklahoma congressman announced his decision to break a pledge to serve just six years in Congress because in his words (I’m paraphrasing) he was just too valuable to the country to come back home.  Think of the pride and arrogance of that statement? It should immediately disqualify the person from public service.  The late French president Charles DeGaulle said, ‘the cemeteries of the world are full of indispensable men.”    When an elected official (or anyone else) takes themselves so serious that they begin to believe they can’t be replaced, quickly step back away from them.  You don’t want to be close when the lightening from heaven strikes.
Third, many elected officials are simply ‘in over their head.’  That means they are either not qualified to do the job or simply can’t cope with the rigors of the job.  When unqualified people are elected to office, it provides a seedbed for corruption.  How do unqualified people get elected?  Politics has evolved from public service to a multi-billion dollar industry composed of consultants and fundraisers, using well executed marketing plans to get candidates elected who are beholden to those who funded their campaigns.  The goal then becomes staying in office, not serving the public.  The elected official’s staff strokes their ego and tells them how important and vital they are to the country.  They begin to believe it and act accordingly.
Until God chooses to move on the heart of unregenerate man and draw them to Christ, we can expect to have corrupt politicians (and citizens).  What might make the difference would be for those who are involved in the political process to start living out the gospel in their lives, instead of contradicting it.  The hope of America is not the cleaning up of the political process- it is the gospel of Christ.

Would it be OK if I cross-posted this article to WriterBeat.com? There is no fee; I’m simply trying to add more content diversity for our community and I enjoyed reading your work. I’ll be sure to give you compblete credit as the author. If “OK” please let me know via email.