LET THE AUDITOR DO THEIR JOB! 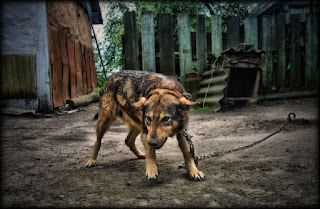 UNCHAIN THE WATCHDOG!
by Steve Fair

The Oklahoma State Department of Health is responsible for protecting the health of all Oklahomans and providing other essential service.  It serves as the primary public health protection agency in the state.  It has a budget of $380 million annually and has over 2,000 staff.  It is headed by the Secretary of Health, an appointee of the Governor.    The State Board of Health is the governing body of the Health Department. The Board is composed of nine members appointed by the Governor with the approval of the Senate.  Each Board member serves a nine-year term. Eight of the nine members represent specific county regions of the state and one member is appointed to represent the state at large.  Dr. Terry Cline led the agency from 2009 until his recent resignation when it was discovered the department had a $30 million dollar shortfall.
First, the Department of Health is first and foremost responsible for this irresponsibility.  If someone is determined to be dishonest, it’s not easy to catch them, but the department had an Office of Accountability Systems that coordinated audits, an internal auditor, and a nine member board, yet none caught the overspending.  It appears the agency was using federal funds in areas they weren’t supposed to, which may require the state to have to reimburse the feds for the misuse.  This cover-up had to be known by more than just a few mid-level staffers and hopefully those people will be exposed.
Second, the Office of Management & Enterprise Service, which handles the state’s finances, should have caught it.  OMES has direct oversight of the Health Department.  They employ budget analysts who monitor how agencies are transferring money and if monies are being spent as they are designated to be spent.  This had been going on for years under the oversight of OMES.
Third, the Auditor’s office would likely have caught the shortage years ago if a comprehensive audit on the agency had been requested.  The State Auditor & Inspector doesn’t have the authority to do a comprehensive, performance audit on state agencies without being asked by either the Governor or the Speaker and the Senate pro Temp. That needs to change.
To avoid this happening again, citizens need to give the Auditor’s office power to audit.  In the past seven years, because of politics, the legislature and the Governor have circumvented the constitutionally created office of State Auditor & Inspector by creating auditing commissions that report directly to them.  They have cut the Auditor’s budget by 35% in both appropriations and manpower.  The result has been the Health Department fiasco and who knows how many other agencies are doing the same thing. We have the state watchdog chained.
Posted by Steve Fair is a Jelly Salesman. at 4:39 PM