Next Governor Needs to take Risks and be Bold! 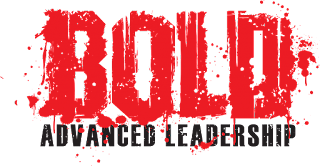 The primary election is June 26th.  The last day to register so you can participate in the Republican primary is tomorrow- Thursday June 1st.  You can register by mail, but to insure you actually get it in on time, it would probably be a good idea to drop by the Election Board in the county courthouse.  You will need a photo ID.  With nominations for Congress, Governor, Lt. Governor, Attorney General, State Auditor, Corporation Commissioner, Superintendent of Public Instruction, Labor Commissioner and Insurance Commissioner up for grabs on the 26th, expect your mailbox to be full in the next month.  The normal turnout of registered voters in a primary is around 30%, but with so much interest and so many candidates, it could be higher this year in Oklahoma, especially among Republicans.
The latest polls reveal the majority of Oklahoma Republicans are still undecided in the Governor’s race and even more so in the other statewide races.  With less than a month before the vote, most GOP voters are waiting for candidates to start putting meat on the bone.  They are looking for detailed plans and a track record in the candidate’s past that would indicate they will do what they say they will.
Oklahoma state government has some challenges.  The revenue stream is up and down(mainly because state government is so dependent on oil and gas) and the spending stream seems to always trend up.  Oklahoma state government is run essentially the same way it was 70 years ago.  Every candidate for governor is running on reforming state government(auditing,cutting), but what they don’t tell you is they can’t do it without the legislature.  The next Governor of Oklahoma must be someone who can collaborate and communicate with the House and Senate leadership.  They can’t be a self-promoter who never met a camera or reporter they didn’t like.  They need to be more concerned with getting something accomplished than getting credit.  They can’t be critical of everybody who disagrees with them.  They have to be a coalition builder.  They can’t be a sensationalist who can’t work and play with others.
They may be an outsider and new to politics, but they can’t stay that way because government is an insider game.  President Trump ran as a Washington outsider, but after several failures in working with Congress, he learned and now the vast majority of his senior advisors and staff are insiders. They know how the game works.  Because Trump won, nearly every Republican candidate now claims to be an ‘outsider,’ even if they have spent their life in politics.  The fact is Insider/Outsider really doesn’t matter.  What matters is the next leaders in Oklahoma do what’s right, tell the truth, take political risks and move Oklahoma forward by doing something innovative and not just on a push card.
As Jethro told his son-in-law Moses to pick leaders over Israel who were able(qualified) and not covetous(Exodus 18).  It is important leaders are qualified to do the job.  Every candidate will tell you they are qualified, but it is the job of the voter to determine if that is truth or just campaign talk.

Posted by Steve Fair is a Jelly Salesman. at 2:31 PM