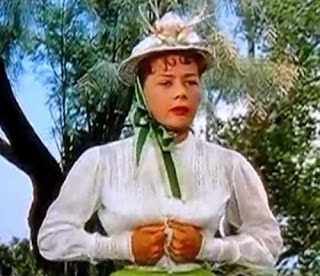 THEY CAN'T SAY NO!
by Steve Fair
Oklahoma State Treasurer Ken Miller announced that total gross receipts into the state treasury for the month of May were a record high of $971 million.  Miller also announced that revenues into the state for the past 12 months are within $14 million of matching the all-time 12-month record for collections.   “As has been the case each month for more than a year, Oklahoma’s economy is showing signs of ongoing expansion. In just the past 14 months, since 12-month collections last bottomed out, gross receipts have grown by more than $1.3 billion, an increase of more than 12 percent,” Miller said.  Some of the revenue collected in May was from changes in sales tax exemptions that were eliminated in 2017, but the bulk is because the energy sector has rebounded and as oil/gas goes, so goes Oklahoma state government’s revenue stream.
First, the new taxes enacted by the legislature in March are not reflected in these revenue numbers.  That means Oklahoma state government revenue will most likely be at record levels for the next couple of years.  The ‘holes in the budget’ will plug themselves and state lawmakers will be looking for more programs to fund and raises to give.  Government will grow and hardworking Oklahomans will foot the bill.
Since the common education lobby was successful in convincing the legislature to pass historical tax increases this past session to fund teacher pay increases, it is certain they will be back asking for more money and will likely get it.
Second, the record revenue recovery makes the largest tax increase in Oklahoma history passed in March even harder to swallow.  Taxpayers were told by virtually every elected official the only way Oklahoma government could get out of the ‘budget hole’ was to tax ourselves more. Now we find out that if we would have just waited, the revenue stream would have improved and the tax increases would not have been necessary.
There are two reasons we are in this ‘cycle of customs’ in Oklahoma.  The first reason is we send rank novices to 23rd and Lincoln.  Many of our lawmakers never paid attention to Oklahoma public policy in their life until they were elected and now they are in charge of it.  That is a recipe for disaster.  Secondly, many of those elected don’t have the iron rail up the shirt tail to handle the pressure of lobbyists and legislative leadership. Like Ado Annie in the musical Oklahoma, they just can’t say no.
This miraculous revenue recovery is not a new phenomenon.  This has happened repeatedly in Oklahoma simply because Oklahoma government revenue is so dependent on the oil/gas industry.  Unfortunately, instead of fixing the ups and downs, elected officials panic, convince the public that state government is broke, and then pass permanent tax increases that never go away.
All of the GOP candidates running for Governor are advocating auditing state government.  That’s all well and good, but until we have a state legislature with the courage to cut government, auditing will be nothing more than smoke and mirrors.  And the tax goes on- and the tax goes on

Posted by Steve Fair is a Jelly Salesman. at 6:46 PM