Human Laws should not impede the Gospel! 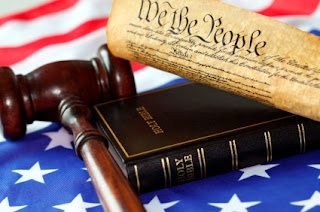 IT IS PUBLIC PROPERTY!
by Steve Fair
The elections are over!  By the time you are reading this, the midterms will be over and either the Democrats or Republicans will be crowing about their victory, but really does it really matter which Party won?  It does matter because if progressives (Democrats) won, they will attempt to move the country to the left.  If Republicans won, they will attempt to continue to move the country to the middle.  They can’t move it to the right because in the past twenty plus years- under Republican and Democrat leadership- the country has moved steadily to the left and past the middle. But does that matter?  Isn’t one form of government just as good as another?  Who says a self-governed, democratic republic is the best form of government?  Which form of government is more biblical?


According to the scripture, the best type of government is one led by those who are righteous (Prov. 16:12).  That means they are honest and ethical.  They don’t say one thing and do another.  They don’t lie, cheat and steal to win elections.  Far too many elected officials- in both Parties) are not righteous people.  They love power and will do anything to stay in office.  Let’s hope not many of those were elected yesterday.


The best type of government is one that promotes a vision based on the teachings of Christ.(Prov. 29:18).  The laws of the land should not impede the spread of the gospel- they should enhance it.  They should complement it.  When man’s laws conflict with God’s law, man never wins.  May those who were elected yesterday recognize that laws must be compatible with God’s Word.   The fact is the world- including America- is operated under a theocracy because God is in charge, whether we like it or not.


The scripture says the purpose of human government is to punish evil doers and reward those that do good.(Rom. 13)  Providing infrastructure(roads/bridges), public education, health care, elderly care, social services, and charity are not mentioned in scripture as the duty of secular government.  Those are duties for individual believers.


There are many examples in scripture where secular government grew to the point that it oppressed God’s people.  All the more reason for Christians to be engaged in the political process to insure that doesn’t happen in America.  Government, by nature, grows, even under conservative leadership.  Eliminating a government program or reducing funding affects people who work in the public sector’s lives.  There are few elected leaders who have the stomach to lay people off.  The private sector reduces their number of employees all the time, but government seldom makes staff adjustments.  The problem with that is the taxpayers are struck with the bill- in good and bad times.


As John Calvin said, “rulers should remember that all they receive from people is public property and not a means of satisfying private lust and luxury.”   Let’s pray those elected yesterday understand that.

Posted by Steve Fair is a Jelly Salesman. at 1:17 PM