It's a HEART issue, not a HEAD issue! 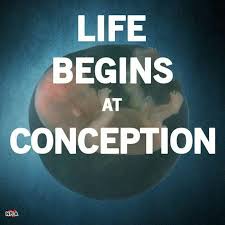 On the anniversary of the Roe v Wade Supreme decision, New York Governor Andrew Cuomo signed into law the Reproductive Health Act (RHA).  The legislation permits abortions to be performed up to the 24th week of pregnancy.  It also creates lenient exceptions essentially sanctioning elective abortion up to the moment of birth.  “Today we are taking a giant step forward in the hard-fought battle to ensure a woman’s right to make her own decisions about her own personal health, including the ability to access an abortion. With the signing of this bill, we are sending a clear message that whatever happens in Washington, women in New York will always have the fundamental right to control their own body,” Cuomo said.
Not only will RHA preserve access to abortions for residents of New York, but it will remove abortion from the state’s criminal code. This would protect doctors or medical professionals who perform abortions from criminal prosecution. The law also now allows medical professionals who are not doctors to perform abortions in New York. “The old law had criminal penalties. It was written that the doctor or professional could be held criminally liable,” Cuomo said.  Cuomo supports placing this on the ballot to amend the New York state constitution.
Critics were quick to condemn the new law.  Catholic Cardinal Timothy Dolan said: “Our Governor and legislative leaders hail this new abortion law as progress. This is not progress. Progress will be achieved when our laws and our culture once again value and respect each unrepeatable gift of human life, from the first moment of creation to natural death. Would that not make us truly the most enlightened and progressive state in the nation?” Cuomo is Catholic.  Three observations:
First, abortion is murder.  It is the taking of a human life.  Life has a beginning and that is at the moment of conception.  Abortion doesn’t terminate a pregnancy- it murders a baby.  Many disagree, but their argument is against their Creator, not man.
Second, abortion violates the U.S. Constitution.  Every person in this country is guaranteed the right to life, liberty and the pursuit of happiness.  When a baby is aborted, their constitutional rights are permanently violated.
Third, bad legislation is not the issue- a depraved nature is.  Attempting to regulate abortion- less or more- doesn’t deal with the fundamental issue- the depravity of man.  Man is born with an inherit sin nature and until God regenerates their dead heart, they will call bad good and good bad.  Arguing with a pro-choice person who doesn’t believe in the sovereignty of God is futile.  Making it against to law to kill won’t prevent killing, just like putting up speed limit signs will not stop speeding.  That doesn’t mean believers should abandon the cause, but it does mean they should recognize the fundamental problem is one of the heart, not the head.  May God have mercy on a state or country that ceases to respect the fundamental right to life.

Posted by Steve Fair is a Jelly Salesman. at 2:14 PM