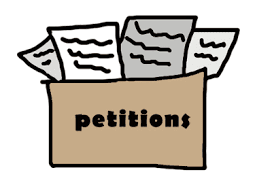 The initiative petition is under attack in Oklahoma. House Joint Resolution #1027 (HJR#1027) passed the House on Tuesday evening at 6:05 pm.  The vote was 66-30 with four members not voting.  All but five of the yea votes were Republican.  All Democrats voted nay.  One of the five Republicans voting no was Rep. Jon Echols, (R-OKC), the House Majority Leader, who voted to send the JR to the House floor, but then voted against it when it came to the floor.  HJR#1027 now goes to the Senate.
HJR#1027 would dramatically change the initiative petition process in Oklahoma.  It would require the signatures to be gathered equally in each of the five congressional districts.  Proponents of HJR#1027 say that rural Oklahoma is being ignored when initiative petitions are run.  They claim those running the petitions concentrate on OKC, Tulsa and Lawton areas and ignore rural Oklahoma and ‘disenfranchise’(whatever that means) rural voters.  Critics of HJR#1027 say the current initiative petition process is fair and allows citizens to bypass the legislature and take issues direct to the people.
First, HJR#1027 would make success at running an initiative petition nearly impossible. In statistics, ‘combinations’ are when a number of factors, without regard to the order, are used to calculate probability. HJR#1027 proposes a combination factor to the initiative petition process.  By placing the congressional district requirement on petitioners, the probability of success is increased by 18.2 times!  That’s right.  Instead of making it just a little more difficult, getting a state question on the ballot becomes nearly impossible.  Both liberal, conservative, moderate citizens are impacted when government votes to restrict or regulate involvement.
Second, many legislators despise the initiative petition process.  It is highly unlikely one of the 149 lawmakers have carried a clipboard seeking signatures to get an issue on the ballot.  They believe anyone who does is radical and must be stopped.  But radicals should have the right to take their case to the people.  SQ#640, which requires any tax or fee increase pass with a ¾ majority, is despised by legislators, but without it Oklahomans would be paying much more in taxes.  SQ#640 was on the ballot because hard working ‘radical’ Oklahomans were sick of being taxed to death and took action.
Third, the legislature should govern the state, not make it harder for citizens to get involved in their government.  “If the requirements of HJR#1027 would have been in place, we wouldn’t have had legalized pot on the ballot,” an unnamed legislator said.  They were likely right and not only pot, but everything else wouldn’t get on the ballot.  If HJR#1027 becomes law,  the only state questions on the ballot will be those generated by the legislature itself.
HJR#1027 now moves to the state Senate.  Citizens who care about their rights and the right to petition your fellow citizens to get an issue on the ballot should contact their state senator and ask them to oppose HJR#1027.

Posted by Steve Fair is a Jelly Salesman. at 7:52 AM