Democrats are against gerrymandering- UNLESS it favors them! 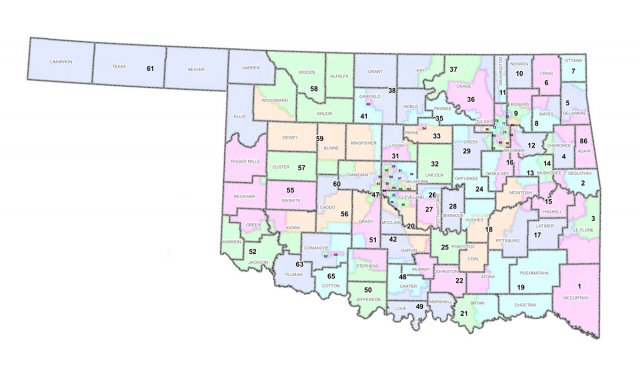 Earlier this year, a group called People Not Politicians filed an initiative petition to get redistricting on the November ballot.  They proposed having a group of appointees oversee the redistricting process to cut out gerrymandering.  Seven ‘blue’ states have it in their constitution.  Before the group started gaining signatures, the language of the petition was challenged.  The state Supreme Court struck down the petition.  The group changed the language but ultimately pulled the petition in July.  “Between the unnecessary lawsuits by politicians and delays due to the COVID-19 pandemic, we are unable to make the ballot this year, and have thus withdrawn SQ810," People Not Politicians Executive Director Andy Moore said.  Three observations about redistricting;

First, elections have consequences.  The Party in power gets to wield that power and that includes drawing lines in redistricting.  That is the way it has always been and the way it should be.  Elected officials are accountable to voters- appointees to their appointer.  The Democrats controlled Oklahoma government for almost a century.  There was no complaint about redistricting being unfair during that 100 years.  What changed?  Clearly it was when Republicans gained control of state government.  The redistricting process is not broken in Oklahoma.  It doesn’t need to be changed.

Second, redistricting is a national Democrat priority.  Former AG Eric Holder is Chairman of the National Democratic Redistricting Committee (NDRC).  Their stated purpose is to ‘execute a comprehensive redistricting strategy that shifts the redistricting power in a way that it creates fair districts where Democrats can compete.’  Fair meaning drawn where Democrats win, not just compete.  NDRC has targeted 13 states with the objective of flipping the state legislature to Democrat so they control redistricting.  Two of those states- Texas and Kansas- border Oklahoma.  This organization cares little about fairness- they want to win elections.  It is partisanship packaged as impartiality.

Third, Republicans had their own redistricting initiative.  Ten years ago, the GOP flipped 20 state legislative chambers nationally, seizing control of district mapmaking in many states after the decennial census. Oklahoma had flipped in 2008.  The emphasis on redistricting cemented Republican dominance at the state and congressional levels for most of the last decade.  To not take the Democrat strategy seriously is a mistake, because it worked for the GOP.

Redistricting can be a difficult task, even for the Party in power.  Districts have to be contiguous- which means ‘touching.’  They have to have a certain number of people.  Incumbents are involved and seldom are two incumbents drawn into a district.  Both the state senate and house appoint committees to put together a proposal for redistricting to present to the whole chamber.  Communities lobby to keep a lawmaker who has been an effective voice for their cause.  The word ‘gerrymandering’ is continually heard from the Party not in power.  Not everyone will be pleased with redistricting, but under Oklahoma’s current system, voters can hold those who draw the lines accountable.

Posted by Steve Fair is a Jelly Salesman. at 7:58 PM