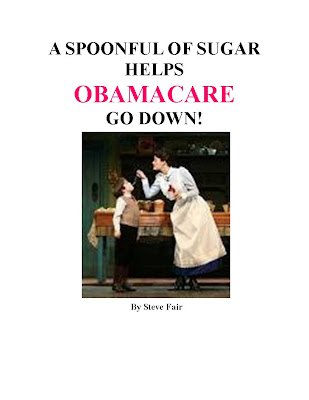 Congress is in recess and most Congressmen and Senators are home in their districts until next month. Many are holding “town hall” meetings, including all of the Members of the US House that represent Oklahoma with the exception of the lone Democrat member, Dan Boren. Boren evidently doesn’t want to “face the folks” on Cap & Trade, the economy and particularly health care. Snubbing constituents is not a wise move politically and is likely what got Boren on the RNC’s hit list. His seat is one Republicans plan to target as a “pickup” in 2010.
Town hall meetings are informal public meeting where everyone in the community is invited to attend, voice their opinions, and hear the responses from elected officials. Congressman Tom Cole, R-OK, held his first town hall in Duncan on Monday August 3rd. After the meeting, Cole said, “I got the message loud and clear that my constituents do not want government run health care.” Government health care is on everyone’s mind and what was voiced in Duncan seems to be the common theme throughout the country. Many Democrat Congressman across the country are facing irate citizens at their “town halls.” Several of the town hall meetings were captured on video and are running on YouTube.
Granted, some of those in attendance on the videos were passionate and did not allow their elected representatives to “answer” their questions, but in no video did I see an elected official writing down people’s concerns, observations, or ideas while voters were talking. They were defensive, frustrated, angry, and in some cases extremely arrogant.
In Tampa, a health care forum degenerated quickly when the complaining constituents were confronted by union activists who support ObamaCare. The meeting was organized by a Congresswoman Kathy Castor, D-FL who is a strong supporter of President Obama’s plan. Castor tried to speak for nearly fifteen minutes but the crowd drowned her out, chanting, "You work for us,'' "Tyranny, tyranny,'' and "Read the bill." She stormed out in a huff, with security.
The longest serving Congressman in the US House is John Dingell, D-MI. Dingell is an unabashed liberal who has introduced a government run health care bill every year since 1957. Dingell, 83, is the lead sponsor on the health care bill. Dingell was met with boos, jeers and shouts of "Shame on you!" at an event in a gym in Romulus, Michigan last week.
Congressman Brian Baird, D-WA, said, “Some of these protestors are driving people to violence like Timothy McVeigh.” To compare ordinary citizens who are concerned about an issue to a domestic terrorist is despicable and inexcusable. Baird should be censored by the House Ethics Committee at the very least.

In Monday’s edition of USA Today, U.S. House Speaker Nancy Pelosi, D-CA, and Majority Leader Steny Hoyer, D-MD, addressed the town halls by saying, “ These disruptions are occurring because opponents are afraid not just of differing views — but of the facts themselves. Drowning out opposing views is simply un-American. Drowning out the facts is how we failed at this task for decades.”
Pelosi and Hoyer go on to say, “it is now evident that an ugly campaign is underway not merely to misrepresent the health insurance reform legislation, but to disrupt public meetings and prevent members of Congress and constituents from conducting a civil dialogue.”
The ugly campaign being conducted is by hard working Americans who are fed up with government officials rewarding irresponsibility and expecting them to pay the bill. This ugly campaign is not misrepresenting anything- it is exposing the health care bill for what it is- a socialist program that would be a disaster fiscally for our country.
Here is some “facts” for Speaker Pelosi. The fact is Americans don’t want government run health care for two very simple reasons. First, government does nothing better than the private sector and for us to expect government will manage health care better than our free market system is asinine. Second, it is not the function or responsibility of the government to provide health care to all citizens. There is no such thing as a free lunch and when we give someone health care, hard working Americans will pay the tab.

Elected representatives should be “listening” to their constituents, not dodging, debating, lecturing or insulting them. I don't care how much SUGAR they feed us, this medicine is not going down!
Posted by Steve Fair is a Jelly Salesman. at 5:19 PM