After all, it's YOUR Money! 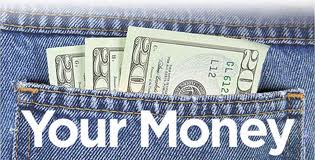 AFTER ALL, IT’S YOUR MONEY!
has twenty five taxpayer funded institutions of higher learning.  That seems like a lot of buildings, bricks and mortar, upkeep and utilities for taxpayers to fund, especially when you consider that less than half of college students in complete their degree within six years (45.4%).  According to Collegecompletion. com,  ranks a dismal #43 in the in graduation rates.
Tracking college graduation rates started in the late 1980s when then U.S. Senator and former NBA star Bill Bradley sponsored a proposal to have the NCAA release graduation rates for college athletics.  That was expanded to all college students soon thereafter.  An institution’s graduation rate has become a standard measurement of the quality of education a student will receive at an institution of higher learning.
Colleges that continue to do poorly in graduation rates offer a variety of excuses. But the most plausible one is the rate depends on the types of students an institution admits.
*****
While it is true that graduation rates alone don't determine the quality of a degree, often students who start college but don't finish are typically no better off than those who never even started.  In fact, they may be worse off, if they took on debt. Given the subsidies they give to colleges, federal and state governments have a stake in making sure that students finish what they started. And a college credential remains one of the only signals to the job market that a potential employee is ready.
*****
"In a society that cares about the credential, finishing college matters," maintains Mark Schneider, a former commissioner for education statistics and now vice president at the American Institutes for Research. "Employers don't advertise they want six years of college. They want a degree."
*****
Four observations concerning ’s higher education system:

*****
First, why is it acceptable that less than half of the students who start college in complete a degree?  While it’s certain we don't want to end up with the higher-ed version of No Child Left Behind, where the jobs and salaries of individual faculty members are dependent on the academic success of their students, we do need to demand accountability from Oklahoma’s higher education system on the product they produce and the taxpayer money they receive. After all, it’s your money.
Second, do we need an institution of higher learning every thirty miles in ?  It seems the twentieth century model of building physical satellite campuses is outdated, not to mention expensive.  With more and more college classes being offered on-line and virtual classrooms being heralded as the future of common and higher education, why are taxpayers paying for more brick and mortar buildings?  Shouldn’t the legislature force ’s higher education institutions to begin the task of re-inventing themselves and moving to a ‘virtual classroom’ model to prepare for the future?  After all, it’s your money.
Third, why does every taxpayer funded college in have a separate President and other administrators that earn more money that most CEOs of private companies in ?   Does every state college and university need an individual President?  Why can’t a President oversee more than one institution?  The private sector has been forced to do more with less and to become more efficient-why not colleges and universities?  If you want to find out how much any taxpayer funded state employee(including college Presidents) is paid in , go to, https://data.ok.gov/.  You’re not snooping- it’s a matter of public record.  After all, it’s your money.
Fourth, higher education receives a large percentage (14%)of the state budget, but is not subject to oversight and auditing by the Oklahoma State Auditor’s office.  That’s ridiculous.  Every agency, organization, college, school or entity that receives one penny of taxpayer money should be accountable to the people who gave them that money.  A through performance audit should be conducted annually on higher education to insure taxpayer dollars are being spent as intended.  This authorization would require legislative approval or a vote of the people, but it is long overdue.  The Presidents of the State Colleges should be request an audit be done to show taxpayers they are getting their moneys worth.  After all, it’s your money.
’s low college graduation rates are just a symptom of the real problem.  The  problem is that high school students are not prepared for college and colleges are admitting those ill prepared students simply to generate revenue.   Taxpayers and voters should force their legislators to ask higher education hard questions on why our graduation rates are so low.  After all, it’s your money.
Posted by Steve Fair is a Jelly Salesman. at 10:13 AM