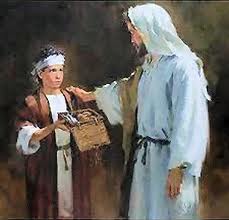 Little is much when God is in it!

The Association of Statisticians of American Religious Bodies (ASARB) publishes an analysis every ten years that ranks states on how religious they are. In the latest, study, Oklahoma ranks tenth out of the fifty states. Utah, a state where one in three Mormons in the country live, ranked number one in the study. The Pine Tree state- Maine- was considered the least religious. The study included data on congregations that meet together for worship and their average weekly attendance. This was the first time the survey has included Hindus and Buddhists and it included expanded coverage of African American churches, Judaism, and Muslims.
*****
The survey had few surprises- Southern Baptist dominate Oklahoma with nearly two thousand SBC churches across the state. Methodist were also very strong in the Sooner state.
*****
The ASARB study found that almost eighty percent of Americans consider themselves to be Christians and that nearly one in five are Roman Catholic. Southern Baptist makes up 6.5% of the nation’s population. You can access the complete study at http://rcms2010.org.
*****
In a 2007 Pew Research did an in-depth study on Religion in America and found that more than one-quarter of American adults (28%) had left the faith in which they were raised in favor of another religion - or no religion at all. When change in affiliation from one type of Protestantism to another was included, 44% of adults had either switched religious affiliation, moved from being unaffiliated with any religion to being affiliated with a particular faith, or dropped any connection to a specific religious tradition altogether. That means that nearly one half of the U.S. population doesn’t follow the traditions of their parents in religious matters.
*****
Contrast that with the other subject you don’t mention in polite company- politics. According to a study by Tuff’s University, only eleven (11) percent of children don’t align with their parent’s political party affiliation. It’s seems interesting that children are four times more likely to follow their parents in politics, but not in religion.
*****
Pew also found that men are significantly more likely than women to claim no religious affiliation and that nearly twenty percent of men say they have no formal religious affiliation, compared with roughly just thirteen percent of women.
*****
Among married people Pew found that nearly forty percent of those surveyed were married to a spouse with a different religious affiliation. (This figure includes Protestants who are married to another Protestant from a different denominational family, such as a Baptist who is married to a Methodist.) Hindus and Mormons are the most likely to be married (78% and 71%, respectively) to someone of the same religion. That complete survey can be seen at http://religions.pewforum.org/reports.
*****
The irony of Oklahoma being named one of the top ten religious states in America seems paradoxical. Oklahoma has one of the highest divorce rates in America. Oklahoma has a high rate of child abuse, drug abuse, gambling, drinking- all activities that are for the most part are considered to be non-religious. How can that be? There is a church on every corner in the state, but we still have all these social issues. It happens because of those actions flow out of the natural heart of man and until God regenerates a dead heart, it’s just behavior modification.
*****
What can state government do to help the social ill situation? They can foster an environment that allows Oklahomans to worship as they please according to the first amendment of the U.S. Constitution: Congress shall make no law respecting an establishment of religion, or prohibiting the free exercise thereof. They should allow religion to function in the idea ‘marketplace.’
*****
Pew found that constant movement characterizes the American religious marketplace, as every major religious group is simultaneously gaining and losing adherents. Those that are growing as a result of religious change are simply gaining new members at a faster rate than they are losing members. Conversely, those that are declining in number because of religious change simply are not attracting enough new members to offset the number of adherents who are leaving those particular faiths.
******
What both of these studies fail to understand is that it is not about ‘numbers.’ Just because a church has lots of people doesn’t mean it’s doing a great work and conversely a small congregation may actually be having a more lasting impact than a larger one. It’s very true that ‘little is much when God is in it.’
Posted by Steve Fair is a Jelly Salesman. at 12:54 PM