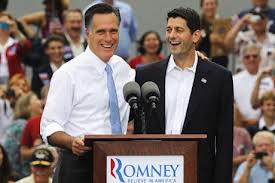 Governor Mitt Romney has an impressive resume.  He was born in Detroit in 1947.  Romney graduated from BYU, then went to Harvard where he earned a law degree and an MBA.
*****
In 1984, Romney started a venture capital company called Bain Capital.  Bain supplied financial and management resources for companies like Staples and The Sports Authority.  In the fifteen years, Romney ran Bain Capital, they helped hundreds of companies across America create thousands of jobs.
In 1999, the U.S. Olympics in Salt Lake City were in trouble financially.  The committee asked Romney to step in to help save the event.  The event had been bogged down in a bid-rigging scandal, sponsors were fleeing, and the budget was bleeding red ink. The attacks of September 11, 2001, just months before the start date of the games.  There was talk of scaling back the competition or even moving it out of the U.S.
In a remarkably short period, Romney revamped the organization's leadership, trimmed the budget, and restored public confidence. The Salt Lake games are considered one of the most successful Olympic games ever held on U.S. soil.
*****
When Mitt was elected Governor of Massachusetts in 2002, the state was in severe disarray, its budget was out of balance, spending was soaring, and taxes were high.   The state economy was in a tailspin, with businesses cutting back on investment or even closing, and high unemployment. Mitt made hard decisions that brought state spending under control. He restructured and consolidated government programs, paring back where necessary and finding efficiencies throughout state government.
*****
Romney cut red tape for small businesses, signed into law job-creating incentives, and fought hard to bring new businesses to the state. He eliminated a $3 billion deficit without borrowing or raising taxes. By 2007, at the end of his term, Massachusetts had accumulated a $2 billion rainy day fund.
*****
Here are three reasons why voters should vote for Mitt Romney?

1)      Because you want to have the opportunity to get a good job.  According to a study by Rutgers University, only 51% of College graduates since 2006  have jobs.  We have high unemployment in America.  Businesses are cautious and are not expanding because of the economic uncertainty.  Mitt Romney has the background, the plan and the ability to get America back to work..  That is critical for college graduates and young people in college.
2)      Because America has too much debt.  The American government spends too much.  The US government doesn’t have a revenue problem- they have a spending problem.  The major reason there are no jobs is because our government has too much debt.  The national debt is now over 16 trillion, which is $51,000 per citizen.  The debt crisis has created a business environment that is uncertain.  Business capital is a coward and will migrate to where there is the least resistance.  Mitt Romney has stated he will work to reign in America’s spending and reduce our national debt.
3)      Because he picked Paul Ryan as his VP.  This pick showed he was serious about tackling the issues that must be taken on if our country is to survive economically.  Ryan is a bean counter, a numbers guy.  He understands the simple principle that you can spend more than you make.  Romney didn’t make a safe pick.  He went after a person with substance.
*****
Bill Bennett former Secretary of Education, says, “If Romney can thrive in the private sector, where half of small businesses fail within five years, and the public sector, where regulations and inefficiencies often stifle success, surely he can help the U.S. economy back to its feet.”
I wholeheartedly agree with Bennett.  Romney’s track record is one of success. Vote for Romney/Ryan on Tuesday November 6th.
Posted by Steve Fair is a Jelly Salesman. at 11:57 AM