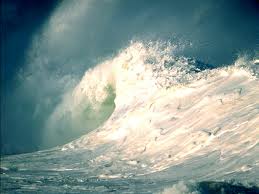 Last week, the U.S. Supreme Court agreed to hear the water rights case brought by the Tarrant Regional Water District against the State of Oklahoma.  The Obama administration took the Texans side and asked the Supreme Court to take the case which gives Oklahomans another reason to not like the President.   Tarrant Regional Water District (“TRWD”) provides water to more than 1.7 million Texans in an 11-county area of North Texas, and wants to buy water from Oklahoma. However, Oklahoma isn’t selling. The Oklahoma state legislature enacted statutes back in 2006 that impose restrictions on water sales across state lines which, as a practical matter, prevent the interstate sale of Oklahoma water to the TRWD.
In 2007, TRWD sued in federal court to have those restrictions lifted, arguing that under the Commerce Clause of the US Constitution, state laws that discriminate against other states regarding water are unconstitutional.

The North Texas group has contended that water in Oklahoma is theirs and should be diverted to their growing area.  According to a 1980 compact among Oklahoma, Texas, Arkansas and Louisiana, each of the four states would share in the water that flows through the Red River and its tributaries.
The Tarrant County Water District contends the Red River compact agreement gives Texas the right to twenty five percent share even if it has to get water from inside Oklahoma’s borders. The Obama administration’s U.S. Justice Department agrees, saying that section of the compact makes no reference to state boundaries.  But two federal courts have agreed with Oklahoma's argument that the state has the right to enact laws protecting water within its boundaries.  TRWD has lost in both federal district court and the Tenth Circuit Court.

The Appellate Court decided that Oklahoma statutes which precluded water being sold to users in Texas did not violate the Commerce Clause because the Red River Compact preempted it. The Red River Compact, which was signed by Texas, Oklahoma, Louisiana and Arkansas in 1978 and approved by Congress in 1980, divided the water from the Red River and its tributaries among the states involved.  The Compact grants the four states authority over the water allocated to them within their borders.  The Tenth Circuit held Texas to its bargain on the Compact and agreed with Oklahoma that the refusal to sell Oklahoma water to Texas users does not violate the Commerce Clause. But the Texans and the Obama administration will just not let it go.

The fundamental question concerning the water issue is: If you own something someone else wants and needs, but you don’t want to sell it, are you within your rights to keep it and not sell it?
According to the Obama administration, you do not have a right to not sell.  We have always known the President is passionate about redistributing wealth, but now it appears he favors redistributing natural resources that rightfully belong to our state.

Oklahoma needs to keep our water.  In their Comprehensive Report on Oklahoma’s Water published in October 2011, (http://journalrecord.com/wp-files//ocwp-executive-rpt-final.pdf) the Oklahoma Water Resources Board pointed out that statewide consumption and demand for water in the state will increase by one third in the next 47 years.  Crop irrigation is forecasted to be the largest water use, about 36% of the total demand.  Oil and gas water use will experience the largest growth statewide, triple what it is currently.  The report goes on to state that Oklahoma has been in a prolonged state of drought and that trend is expected to continue.

The bottom line is Oklahoma doesn’t have ‘excess’ water to sell off.  For the federal government to attempt to force Oklahoma to sacrifice a precious natural resource like our water is unconstitutional and socialist.  This issue is about states rights and let’s hope the U.S. Supreme Court upholds the lower court’s rulings.
Posted by Steve Fair is a Jelly Salesman. at 10:37 AM