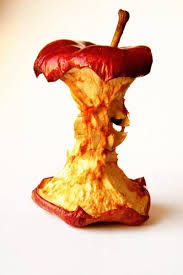 First, it aligned standards and assessments with the knowledge and skills required beyond high school. Second, ADP required all high school students to take challenging courses that actually prepare them for life after high school. No more basket weaving or hay hauling. They were supposed to take more math and science. Third, the project asked state education leaders to hold schools accountable for graduating students.

Fast forward a few years and the ADP has morphed into Common Core Standards. The Common Core State Standards Initiative brings diverse state curricula into a common one size fits all for all states. Just another in a long line of failed attempts by the feds to fix the public school system, Common Core has become the flavor of the month.

Forty five states, including Oklahoma, has adopted Common Core, but not without controversy. In a letter sent to Governor Fallin last month, a number of state pastors wrote, “Let’s restore American exceptionalism and reject the [Common] Core Curriculum. We’re smart enough to make decisions about our own children and our own schools. Let’s return Oklahoma schools to Oklahoma control.”

One of the holdouts is Virginia and officials maintain that the state’s Standards of Learning are sufficiently challenging and they don’t want the feds to tell them how to run their schools. The fact is there is no indication or proof that higher standards result in higher student achievement. In a 2009 study by Russ Whitehurst of Brookings Institute found there was little or no detectable difference in scores between students from states with weak content standards as compared by to states with higher standards.

More recently, Tom Loveless from the Brookings Institute wrote a research paper entitled, “Predicting the Effect of Common Core Standards on Student Achievement. Loveless came to the same conclusion as Whitehurst; there is no direct coalition between higher standards in education and student achievement.

So why is Common Core a bad idea:

First, Common Core usurps local control over education. The quality of education in the U.S. has been in decline since we started to nationally fund the education system. Clearly these ‘one size fits all’ programs have failed to produce the results promised. Not to mention, the U.S. Constitution clearly delegates the federal government no power to determine the content, methods, testing, or staffing procedures of local American schools.

Second, we don’t know how much Common Core will cost. According to Eagle Forum, Common Core will cost the state of Washington $300 million to implement in a time when they already face a 2 billion dollar deficit. Oklahoma State Representative Gus Blackwell, (R-Laverne) said that taxpayers shouldn’t pay for a program that little is known about. Last week, Blackwell filed a House Joint Resolution to stop further implementation of Common Core until more is known about how much it will cost.

Third, we have absolutely no proof Common Core will result in better education. Take your pick- from the National Defense of Education Act in 1958 to Head Start to No Child Left Behind, the federal government’s track record of improving education has proven to be dismal.

At the recent Republican National Committee meeting in Hollywood, we unanimously passed a resolution stating that Common Core education standards are a bad idea and should be rejected by the states. At Saturday’s Oklahoma state GOP convention, the delegates unanimously approved a platform with a plank opposing the implementation of Common Core in Oklahoma.

I have talked to dozens of teachers through the years(I’m married to one) who have improved their student’s test scores and achievements, but not one educator has cited ‘higher standards’ as the reason the improvement happened. Curriculum is certainly a factor, but how teachers are trained, motivated and supported in the classroom is the key.
Posted by Steve Fair is a Jelly Salesman. at 7:53 PM