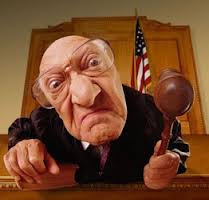 The Oklahoma Supreme Court is no friend to the unborn.  In December, the nine member panel voted to overturn HB #1970 that would have simply required certain abortion-inducing drugs be administered in the way deemed safest by the FDA.  The liberal Oklahoma Supreme Court declared it unconstitutional because they said HB#1970 violated the U.S. Supreme Court’s 1992 ruling in Planned Parenthood v. Casey.   They also overturned HB #2780, which required that women have an ultrasound performed and described to her within an hour before having an abortion.
~~~~~
HB #1970 was defeated by a unanimous opinion from all eight judges and HB #2780 was defeated by seven of the judges. One judge recused herself from the case of HB #2780 because she had issued an injunction against the law in 2010.
~~~~~
After the actions of the State Supreme Court, Oklahoma State Attorney General Scott Pruitt filed a petition on March 4th for review of HB #1970 with the U.S. Supreme Court. “We have asked the U.S. Supreme Court to review Oklahoma’s law that seeks to provide full and accurate information to women about the outcomes of abortion,” Pruitt said. “We have an obligation to protect our citizens and to make sure a life-altering abortion is held to the highest medical standards.”
~~~~~
Last Monday, Americans United for Life filed a brief with the high court supporting Oklahoma's appeal. “Lives have been lost through cavalier use of dangerous, life-ending drugs,” said the group's president and chief executive officer, Charmaine Yoest.  Seventy nine (79) of Oklahoma’s 149 legislators, a majority of the two chambers, joined in the petition with AUL.
Yoest said the abortion industry is big business and it’s all about money.  The abortion industry's motivation in adopting protocols that endanger women and girls is as transparent as it is chilling.  Their flagrant misuse of abortion-inducing drugs means abortion providers can push these drugs on more women and pocket larger profits than they would receive if they followed the protocols put in place by the FDA. Oklahoma's law was enacted to stop this dangerous and exploitative scheme,” Yoest said.
~~~~~
Michelle Movahed, staff attorney for the Center for Reproductive Rights, the New York-based group that filed legal challenges to the state measure, said clearly the law is unconstitutional. “The law had only one purpose — to make it impossible for women to access a medically proven safe, effective and legal alternative to surgical abortion,” she said. “We are confident that the nation's highest court will reject this latest effort to chip away at women's constitutional rights and uphold the sound decisions of the state district judge and the Oklahoma Supreme Court.”
~~~~~
On a related note, the state of Indiana passed and signed into law last week similar legislation to the two bills just described.  The legislation in Indiana treats currently unregulated abortion-inducing drugs, such as RU-486, the same as surgical abortions by requiring women seeking either type of abortion to undergo a pre-procedure ultrasound and receive a state-designed "informed consent" brochure featuring color photos of fetuses at various stages of development.
~~~~~
How did conservative Oklahoma get such liberal thinkers on the state Supreme Court?  It doesn’t make sense.  Seven of the nine current members were appointed by a Democrat Governor, six by Henry,- just two appointed by a Republican.
~~~~~
An Oklahoma Supreme Court Justice is appointed by the Governor for life or until they are not ‘retained’ by the voters.  The Oklahoma Judicial Nomination Commission, a fifteen member group of attorneys and non-attorneys, interview and vet possible candidates and then present finalists to the Governor who makes the final decision.  After appointment, the justices serve until the next general state election. At that time, they must face a ‘retention election.’ If retained, they begin a six-year term.
~~~~~
Here’s the rub- Oklahoma has never turned a judge out of office since we begin using the retention ballot system.  Clearly the retention ballot system doesn’t work.  There is no way we have not had judges who needed to be out of office.  But no one knows anything about the judges so many just don’t vote or vote yes.
~~~~~
It is past time Oklahoma enacted term limits for judges.  Legislation proposing that has been proposed in the last couple of sessions, but hasn’t gotten anywhere.  Contact your State Senator and Representative and ask them to support judicial term limits or go to a system where voters directly elect Appellate Court judges.
~~~~~


So long as these appointed and retained liberals are on the Oklahoma Supreme Court, no baby is safe in the womb.  We must stand up for those who can’t stand up for themselves.
Posted by Steve Fair is a Jelly Salesman. at 10:36 AM