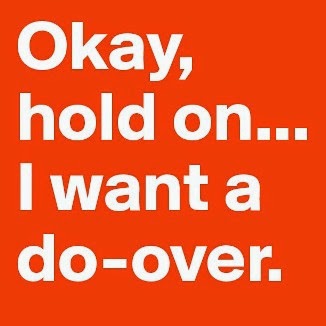 The 2014 elections are over and Republicans, local, statewide, and nationally, did well.  It wasn’t a clean sweep, as I had predicted, but it was close.  It is clear the election was about the Obama administrations failed policies and the American people are ready to give the GOP a chance to lead.  The key will be for the Republican leadership in the House and Senate to do what they campaigned on- repeal Obama Care, secure the border and balance the budget.  All too often campaign promises are forgotten when the election ends.  If that happens this time, after the American people giving the Rs a chance to lead, GOP lawmakers will guarantee themselves a permanent minority status.  They have to step up and take on the hard issues.
In Oklahoma, Republicans did exceptionally well.  The R’s picked up four(4) state Senate seats and maintained their 72-29 margin in the state House.  All four statewide offices up for election went Republican.  The five Congressional races and two Senate races went overwhelmingly Republican.  Republicans won local races throughout the state, so overall it was a very good night.  But it seems the Democrats want a do-over in one race.
Earl Emmitt Everett, an 81 year old retired schoolteacher, was the Democrat nominee for the Second Congressional District in Oklahoma.  Everett, a Korean War vet, died on Sunday November 2nd after a car wreck in Fort Gibson on Friday October 31st.  Everett’s opponent, incumbent Congressman Mark Wayne Mullin, said, "My family and our entire team extend our deepest condolences to the family and friends of Earl Everett. We pray for God's grace and comfort for them during this time and in the coming weeks.”  Everett had won the Democrat nomination in the district on his second try.  He had little or no contact with the State Democrat Party.  In an interview with the A.P., Everett had said, . “I don’t have anything against the party, but they’re a little bit out of pocket for me.”
After the November 4th election was over, one that Mullins won with over 70% of the vote, the State Democrat Party announced they were asking Attorney General Scott Pruitt for an opinion on whether they had a right to ask for a special election to be called.  According to media accounts, the Democrat’s Executive Committee meet on Saturday November 8th to consider three people as their nominee if the A.G. agrees they are entitled to a do-over election.
Current Oklahoma state law says that in the event of a candidate’s death before an election, the governor is to set a special election.  Evidently, the leaders of the deceased’s political Party are allowed to name a replacement nominee and ask for a special election. But it remains unclear if that ‘special’ election has to be called before a scheduled election is held (which was done in this case).  The cost estimates to hold a special election for the 2nd district are $350-375,000 of tax dollars.
Why would state law allow the will of 150,000 voters in the Second District on November 4th be cast aside?  That doesn’t make any sense.  Voters in the Second District overwhelmingly voted to re-elect Congressman Mullin.  While it’s highly unlikely he would be defeated in a special election, why would the 100k plus people who voted for Mullins last Tuesday be disenfranchised?  If the law is this vague, then it needs to be changed.  If the Ds are just using a loophole to get a do-over election, they should be ashamed.  Another election would cost taxpayers a lot of money that could be used in areas like education, pension funding, etc.
Why would Democrats want a do-over?  They were humiliated at the polls statewide and in the Second Congressional District on November 4th.  It is highly unlikely whoever they nominate will beat Mullin, or even come close.  Demanding the taxpayers pay for a $350K election just because it can be done is foolhardy, irresponsible and graphically illustrates how out of touch the Democrats are with the people.
The Democrat Party leadership should take the high road and withdraw their request for an Attorney .General’s opinion and let the results of the November 4th election stand.