Get the Average Guy Engaged!! 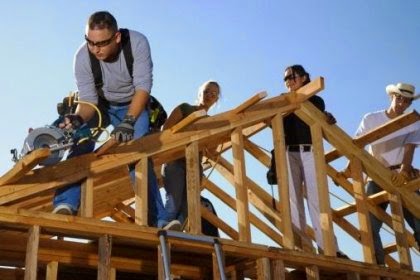 GET THE AVERAGE GUY ENGAGED!
by Steve Fair

The November 2014 midterm elections had the lowest voter turnout in seventy two (72) years.  Nationwide, only 36.4% of eligible voters bothered to go to the polls.  That was down from 40.9% in the 2010 midterms.  In Oklahoma 29.9% of the eligible voters cast their ballot in November 2014.  That was down from 38.8% in 2010.  Some legislators have proposed legislation that would expand voting opportunities in Oklahoma, by adding extra days to vote and voting electronically, but that’s not the answer to Oklahoma’s low voter turnout problem.  Allow me to comment briefly;
First, the primary reason Oklahoma’s turnout was low in the general election is because the Oklahoma Republican Party dominated the 2014 elections.  Over 70% of Republicans on the ballot in November won!  That is staggering.  Democrats did not even field candidates for three statewide races- State Auditor, Attorney General, and Treasurer.  That was historic!  In the statewide races that were contested, Republicans won easily.  Many legislative and county officer races across the Sooner state were decided in the primary, thereby negatively affecting turnout in the general election.  Until the Oklahoma Democrat Party regroups and begin to field competitive candidates, they will give little reason for Oklahoma Democrats to vote.  No legislation, expansion of voting hours, or easing of registration will fix the basic issue; there were no competitive races.
Second, voter apathy is a record level.  Young and old people are just not participating in the political process for a variety of reasons.  They don’t see any real purpose in voting because there is never a significant change no matter who wins an election.  That lack of change reinforces their apathetic attitude and the cycle continues.  Conservatives campaign on conservative issues, but never follow-up after being elected.  Liberals do the same thing.  It’s the old ‘bait and switch’ trick.  We will never get young people engaged until they truly see that government impacts their lives.  They have to see elected officials are not leaders of society, but servants of society.  They must understand the government has no money other than what the taxpayer gives it.  Apathy is a hard cycle to break and no amount of prodding or education will work until the politics becomes personal.  Until a person becomes painfully aware that a decision by government has negatively impacted their life or pocketbook, they will likely just ignore government.  The reason the ‘average guy’ is never heard from by elected officials is because he is too busy working and raising his family.  He doesn’t have time to go to the Capitol to lobby his elected officials.  He doesn’t care who they are, could care less about getting his picture made with some politician or attending some high dollar fundraiser.  He just wants the government to leave him alone.  Those are the people who should be involved in politics- the average guys, not the political groupies, lobbyists, activists, and hacks who live and breath politics.  The average guys are the backbone of America.  If the average guys ever rise up in mass, watch out, because they are about results, not spin.
Third, an ‘unintended consequence’ of the low voter turnout in November will be a reduction in the number of signatures needed to get an initiative petition on the ballot.  Oklahoma’s state constitution says a state question can be placed on the ballot if signature totaling 15% of the total number who voted in the Governor’s race can be gathered.  The required number was reduced after November from 155,000 to 122,000.  That is still a high threshold, but its 21% less than it was.  It is time to consider an initiative petition calling for recall elections in Oklahoma.  Term limits for elected officials reveal a weakness in accountability to voters and a need for recall.  If a person knows they are not going to face voters ever again, they can pretty much do whatever they want.  Some termed out legislators have commented to that effect.  Lame ducks have no risk, because they are done facing voters.  If a termed out elected official thought they might face recall, it might keep them on the reservation throughout their term.  Recall is needed to maintain accountability.
Posted by Steve Fair is a Jelly Salesman. at 1:03 PM