PRIMARIES SHOULD BE CLOSED! 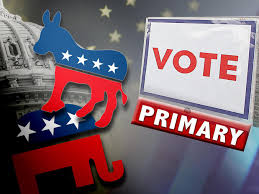 INDEPENDENTS SHOULD NOT
VOTE IN PRIMARIES!
by Steve Fair
As of January 15th, there were 261,429 voters registered Independent in Oklahoma.  Independents represent 13% of the registered voters in the state.  Overall, Republicans and Democrats have virtually the same percentage of registered voters in the Sooner state (44%) with ‘R’s having a slight advantage in party affiliation for the first time in state history.  Voters registering Independent is growing in Oklahoma.  In 1996, only 4.7% of the voters in Oklahoma were registered Independent.
The two major parties in Oklahoma have historically held ‘closed’ primaries, so voters registered Independent were not allowed to vote in Party primaries, but on Saturday, the Oklahoma Democrat Party state committee voted to allow Independent voters to vote in their primary elections.
Republicans should not follow suit and here is why:
First, Democrat Party leadership in Oklahoma are trying to stop the bleeding.  Voter registration trends in the state the past decade have favored Republicans.  The liberal stance of the national Democrat Party has severely damaged the Democrat brand in Oklahoma.  In order to remain relevant in Oklahoma politics, the Democrat Party leadership advocated opening up their primaries.  They see their only hope for relevance to be pandering to Independents, hoping they stick with the ‘D’ brand in the general election and help them win some elections at the statewide and legislative level.  It is interesting to note the Independents were not invited to participate in drafting the Democrat platform or rules.  This move was simply a clever tactic to increase Democrat voter turnout in the general election.
Second, ‘open’ primaries are simply illogical.  Why would a principled Democrat candidate who believes the tenets of the Party platform want someone who is not registered ‘D’ vote in their primary?  Most Independents in Oklahoma are center/right in their political thought.  That now means Democrats running for office in Oklahoma will have to contact 30% more potential voters in their primaries.  That changes the dynamics in Democrat primaries and opens up the very real possibility that conservative Independents will vote for the weakest Democrat candidate to help the Republican in the general election.
Open primaries are like allowing the members of the Methodist church to vote on who the Baptist will call as their pastor.  It is simply illogical.  Most political leaders( in both major parties) understand the foolishness of allowing those who are not on your team play for your team.  James Frye, a progressive Democrat activist, writing on Alan Colmes website said:  “The arguments for open primaries tend to go for the “it allows more voters to participate” line.  That’s fine for November when everybody can vote for anybody.  Primaries are (or should be) an internal function of the political parties. “
Third, Party affiliation means something- it is the first vote a person casts.  The Oklahoma Republican Party has a platform and a statement of principles.  Those who vote in our parties’ primary to choose the nominee for the party should be willing to register as a member of our party.
Some in the GOP may mistakenly believe the move by the Democrats will put the Republicans at a competitive disadvantage at the ballot box, but that is not true.  A majority of Independents in Oklahoma will not vote for any ‘D’ in the general election.  Most Independents are former Republicans who are upset by the lack of performance and follow-up on campaign promises by elected Republicans, but they are overwhelmingly conservative.  You couple that with the fact that Independents as a voting block don’t show up at the polls with the frequency their Democrat or Republican counterparts do.  Allowing them to vote in the Democrat primary will motivate some ‘I’s, but the vast majority will simply ignore the primary.  The challenge for Democrat candidates will be trying to find out which Independents will show up and if they are ‘playing’ with their vote or a real supporter.
The Democrat leadership’s ultimate goal is to increase their turnout in the general election.  Democrat leaders believe the enticement of voting in the primary will keep Independents in the ‘D’ column through the general election.   Republicans should be reaching out to Independents, encouraging them to read the two Party platforms and register in the Party that more closely aligns with their values.

Posted by Steve Fair is a Jelly Salesman. at 6:54 PM