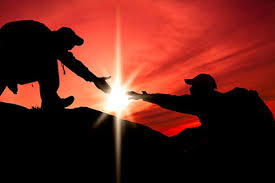 A public servant is defined as a person who holds a government position by election or appointment.  A servant is defined as someone who does the bidding for those they are in service of.  Virtually every elected official says they are public servants, but they certainly don’t behave that way.  What does it really mean to have servant leadership?  The term ‘servant leadership’ was coined in the late 1970s by AT&T executive Robert Greenleaf.  Greenleaf said, “The servant-leader is servant first.  It begins with the natural feeling that one wants to serve.  Then conscious choice brings one to aspire to lead. “
Using Greenleaf’s principles Larry Spears identified ten characteristics of a servant leader: (1) Listening, (2) Empathy, (3) Healing, (4) Awareness, (5) Persuasion, (6) Conceptualization, (7) Foresight, (8) Stewardship, (9) Commitment to building people, (10) Building Community.  Skip Pritchard, a motivational speaker, winnowed the list down to nine, Dan Rockwell, another paid exhorter, gets it to seven. The point is that much is written about servant leadership, but it is not a new concept.  Jesus Christ said in Mark 10 that He didn’t come to be served, but to serve and to lay His life down as a ransom for many.  That was true servant-leadership.
Four thoughts on servant-leadership and public service:
First, there is a lot of talk about servant-leadership in politics, but not much walk.  Many elected officials quickly forget after they are elected that they represent all their constituents- even those that didn’t vote for them.  They pander to their base, issue press releases spinning every event to their advantage interspersed with talk about their servant-leadership.  That is not leadership on any level.  That garbage is easily detected by most citizens and that contributes to giving politics a bad rap.
Second, listening is the critical trait in servant-leadership.  The average elected official- even the good ones- doesn’t listen to anyone- unless they are writing their campaign a check.  They should just post a ‘schedule of fees’ on their office door so contributors would know exactly what it is going to cost them to do business.  Listening to people who disagree with you is part of an elected official’s job.  They may not like hearing a differing opinion, but fact is they are not infallible.  The arrogance of elected officials is through the roof because most simply don’t listen.
Third, true servant-leaders do their time and then go back to the private sector.  The most effective public servants are those who are not career politicians or political groupies.  They serve in their office honorably, recognize they are not indispensable, move on and let someone else serve.  Others who don’t stay in office just can’t seem to break completely away from politics and government.  They become lobbyists, staffers, consultants, bureaucrats, or college presidents because their ‘institutional knowledge’ is so essential and critical to the operation of Oklahoma government.  They believe their leaving politics would disrupt the space-time continuum.   Politics and all that involves is a huge industry that pays good money, so it is understandable that some would stay in the industry, but as the late Brenda Reneau, former Oklahoma Labor Commissioner, used to say, “Government produces nothing- it consumes- the private sector produces.”    Real servant-leaders can make a living doing something outside politics.
Fourth, selfish public servants should drop the servant-leadership mantra. If an elected officials plans to go right back into the political arena in some capacity after office, then quit saying you are a servant-leader.  You are simply a political hack.  Admit it, embrace it and move on.  The people are sick of hearing you talk about servant-leadership, so remove it from your vocabulary.
John Maxwell says, “True leadership must be for the benefit of the followers, not to enrich the leader.”   That is exactly the opposite objective of most contemporary elected officials.  They want to be served, not serve.  They want to advance their political career and move up the ladder.  So long as we continue to elect politicos who are interested in politics as a career, we can expect to get poor leadership, not servant leadership.
Posted by Steve Fair is a Jelly Salesman. at 1:13 PM