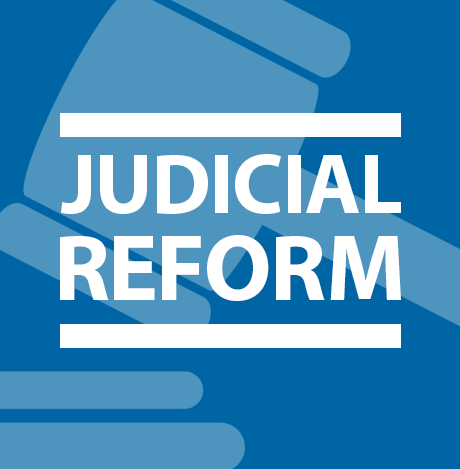 RETENTION NEEDS TO BE RELEASED!
by Steve Fair

Oklahoma’s court system has five types of court functions: (1) A court of limited jurisdiction, (2) A court of general jurisdiction, (3) An immediate appellate court, (4) A special court, and (5) a court of last resort.  Only Oklahoma and Texas have a court of last resort.  The Oklahoma Supreme Court and Oklahoma Court of Criminal Appeals are courts of last resort. The Oklahoma Court of Civil Appeals is an intermediate appeals court.  You lose there and you can still appeal to the Oklahoma Supreme Court.  Confused?  Just wait, it gets better.
The Oklahoma Supreme Court is made up of nine justices(8 of the current 9 appointed by a Democrat).  Their average tenure is 13 years.  The Court of Criminal Appeals has five justices(3 of the 5 appointed by a Democrat).  Their average tenure is 15.6 years.  The Oklahoma Court of Civil Appeals has twelve judges(8 of the 12 appointed by a Democrat).  Their average tenure is 12.2 years.
Unlike District Judges, these twenty six are appointed by the Governor.  Nineteen of the current judges on the three courts were appointed by a Democrat.  The process to appoint involves the Oklahoma Judicial Nominating Commission, a fifteen member board- six are appointed by the Governor and six are appointed by the Oklahoma bar, one appointed each by the Speaker of the House and the Senate Pro Tempore and selected at large by the commission itself.  After screening and interviews, the Commission recommends three qualified candidates for the Governor to choose from.  The Governor can deviate from their recommendations, but seldom does.   Judges are appointed for life, but must face voters on a retention ballot every six years.
Up until 1967, Oklahoma voters elected these twenty six judges just like they do district judges, and associate district judges, but after approving State Question #447 in July(primary election) by a narrow margin, the state went to a retention ballot for the top two courts.  In 1987, the Court of Civil Appeals joined them.  Since Oklahoma adopted a retention ballot system regarding judges, not one judge has been kicked out.  It has been close a couple of times, but they always manage to get enough yes votes to stay.  Either these judges in Oklahoma have done an amazing job over the past 60 years or the retention system isn’t working.
On average about ten to twelve judges are on the ballot in Oklahoma’s general election every two years.  Because of Oklahoma statute 1401.1, judges- even local ones- are forbidden from disclosing their political Party affiliation.  They can’t even attend a political Party event because their office is ‘non-partisan.’  Fact is, every race is partisan and voters deserve to know what side of the bread their judicial candidates are buttering.
Finding out information on who is on the retention ballot requires a great deal of personal research.  The judges on a retention ballot are not required to provide the public any information on themselves.  The Oklahoma Bar Association maintains a website with the names of those on the ballot, when they were appointed and who appointed them, but finding out whether they are a liberal jurist or conservative one is next to impossible.  Many voters go into the voting booth with little information on the judges and simply do not vote.  The retention portion of the ballot is always the most under voted in every election.
State Representative Bobby Cleveland, (R-Slaughterville) says the state judiciary system is not nearly transparent enough for the public to hold elected judges accountable. Cleveland said he intends to file a bill during the upcoming session that would require disciplinary actions taken against judges – and the reasons behind those actions –  be made public.   “The public deserves and demands transparency in all branches of government, because it serves as a vital check and balance on government,” said Cleveland. “As an equal branch of government, the judiciary oftentimes works in anonymity when compared to the executive and legislative branches. Nevertheless, it too must be accountable to the public it serves.”
Cleveland is on the right track.  The public should be made aware of any disciplinary action a jurist may have received.  Full disclosure and transparency should be applicable to the judiciary.  Citizens shouldn’t have to hire a private investigator to find out about a tax payer funded judge that is on the ballot.  But real judiciary reform in Oklahoma must include discussion of term limits.  It is time to consider term limits for the judiciary in Oklahoma.  Clearly the retention ballot is not working.
Posted by Steve Fair is a Jelly Salesman. at 11:52 AM