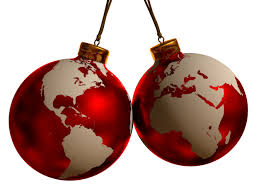 
In two days, the world will celebrate the birth of Jesus Christ.  While it isn’t universally accepted that Jesus of Nazareth was born on December 25th, it is a historical fact He was born, so it is appropriate to celebrate the incarnation of God in flesh.  In a so-called Christian nation like America, most people believe they know the ‘reason for the season,’ but most really do not.  Most do not grasp the primary reason Christ was born.  Was his birth to present God to man?  Was it to teach truth or to fulfill the Mosaic Law?  It must have been to offer His kingdom to mankind or to reveal God’s love to mankind?  It has to be to heal the sick?  Christ did came to do those things, but those were secondary to his primary purpose.  The primary purpose Christ was born was to suffer and die. He was born to die.


John MacArthur says because Christ died, He is five things to a believer: (1) He is our substitute, (2) He is our salvation captain, (3) He is our sanctifier, (4) He is our Satan conqueror, and (5) He is our sympathetic high priest.  “He (Jesus Christ) died to recreate men into a creature that God had always intended man to be. He died to make a man what man was meant to be but without Him could never be,” MacArthur says.  Most people this time of year have an image of Christ as a helpless baby in a manger, but He was the very image of God in helpless babe.  He was much more than mere man; He was God made flesh. So what does the birth of Christ have to do with politics?


First, Christ is the Creator and as such He owns and controls everything in His creation.  That means that ‘helpless’ babe controls everything that happens in the world, including the political arena.  He controls who gets elected and who doesn’t- who votes liberal and who doesn’t.  He can choose to stop wickedness or allow man to manifest his depravity in his inhumanity toward his fellow man.  That ‘helpless’ babe sets up kings (and presidents and dog catchers) and brings them down.  Fox News, MSNBS, political consultants, activists, and influence peddlers may think they are running the show in politics, but the fact is, they are mere pawns in the hand of a sovereign Creator.


Second, Christ can’t be pleased with politics in America.  Backbiting, lying, situational ethics, self promotion, and incessant bragging are standard operating procedure in politics today.  The pride and arrogance of the modern politician, liberal and conservative, doesn’t square with the revealed word of God.  Politics in a society is a mere reflection of that society.  Our politicians are a reflection of who we are as a country.  In a self-governed system, we only have ourselves to blame.  Until the average American recognizes that doing things God’s way is the only hope of America, we are doomed to having the loud and proud crowd as political leaders.


Third, Christ came to seek and save the lost.  How do you identify the lost?  They are proud, self-absorbed, and see no need for God.  That describes the political class.  Because of the aforementioned behavior, they certainly fail to show forth the ‘fruit of the spirit.’  Humility and meekness are not attributes elected officials strive to have.  Bluster and hyperbole are the order of the day in politics.  Thankfully, there are some in politics who are thoughtful and Christ-like, but they are rare.  Most in the political profession need the gospel.  They need the regenerating work of Christ upon their sinful depraved heart.  They need to see themselves as they are before a holy God as He is.
As you celebrate the birth of a Savior this week, recognize God will not bless America if we are not following His principles- in politics or in any other part of our society.  To expect otherwise is naïve and foolhardy.  The ‘helpless’ babe is in fact the great Creator and He rules the world- period.
Posted by Steve Fair is a Jelly Salesman. at 2:05 PM