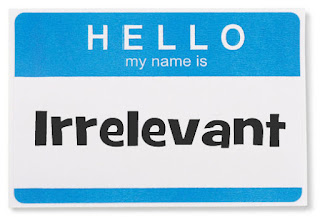 OBSERVATIONS OF A HAS BEEN!
by Steve Fair
The 2016 GOP Convention is in the books.  Businessman Donald J. Trump is the Republican presidential nominee.  Indiana Governor Mike Pence is the vice presidential nominee.  This was my fourth straight GOP Convention.  When the gavel fell, I completed my four year term as National Committeeman.  Here are my observations about the state of the GOP:
First, Rules: There was a great deal of discussion about the rules and the movement to allow delegates to be ‘unbound’ and to ‘vote their conscious.’  Thankfully, that got nowhere, because whether you like Trump or not, he won fair and square under the rules.  The unbound crowd didn’t have a leg to stand on because most states bind their delegates to the results of the presidential preference primary or caucus.
It was disappointing a proposal to give states like Oklahoma, who have closed primaries, more delegates than states that have open or jungle primaries failed in the convention rules committee.  Party primaries should be closed.  Republicans should select the Republican nominee.  Independents and Democrats should have no voice in who the GOP nominee is.  If you want to vote in the Republican primary, register Republican.  Amazingly about half the states have open primaries and allow non-Republicans to vote in the primary.  Crazy idea!  The Baptists don’t let the Presbyterians vote on who their pastor will be.  Allowing those who are not Republicans to vote in the GOP primaries encourages people to ‘play with their vote.’  They can vote for the ‘weakest’ candidate so their preferred candidate will win the general election.  For the proposal to be voted down shows a disregard for grassroots Republicans.  Ironically, both of the delegates who proposed the idea to reward states with closed primaries are from states that have ‘open or jungle primaries.’   Perhaps they should spend their time lobbying their legislature to change their primary system instead of trying to reform the RNC rules, but then they wouldn’t get near the publicity laboring in the trenches at home than hot-dogging for the cameras.
Second: Platform:  The platform passed by the RNC was conservative.  It left in the plank supporting traditional marriage and was very pro-life.  I commend the platform committee for their work, but the fact is Trump could care less that the GOP platform says.  I seriously doubt he has read it.  That is a fundamental problem in the GOP.  The grassroots of the Party spend their time drafting resolutions and platform planks instead of working to get principled, ethical people to office.  There must be a long-term commitment to electing principled conservatives from dog catcher to the White House.  That commitment must include knocking doors, raising money, and sacrificially helping those candidates get elected and then holding them accountable.
Third: Division: The GOP is as divided as I have ever seen it.  Anyone who has been involved in the political process more than a year is branded, ‘establishment.’  Political purity is required to cooperate or communicate with others.  Factions are everywhere and those who are not in your click are branded RINOs.  There is little civility and certainly no one who is involved in GOP politics is having any fun.  Meetings are contentious and argumentative.  Political Phariseesism rules the day.  Everyone believes that are right and anyone who disagrees with them is wrong.  Candidates, at all levels, lose elections, but don’t concede.  They keep their organizations together to ‘save America.’  They claim they are team players, but play the game like spoiled brats- and their followers blindly follow and justify their arrogance.
Can the GOP come together and defeat Hillary?  Probably not for the very reasons I just cited, but even if Trump is elected, the Republican Party is a vastly different Party than it was just twelve years ago.  No unity and no permanent infrastructure.  Fundamentally, until a dose of humility is swallowed by some of the party leaders and elected officials, expect things to get worse before they get better.
So what is the long term answer to fixing America and the divide in the Republican Party; Grassroots citizens taking equity in their government at the local level ALL THE TIME, not just every two years.  Until citizens truly start paying attention ALL THE TIME, we will get the candidate who has the ‘best marketing plan’ and not necessarily the best candidate.  If voters did their homework and researched candidates, the big money would dry up in politics and ‘We the People’ would really run the country.  But then that requires a personal commitment from people beyond watching Fox News or MSNBC every night.
Posted by Steve Fair is a Jelly Salesman. at 2:13 PM