Some people would prefer getting nothing than something! 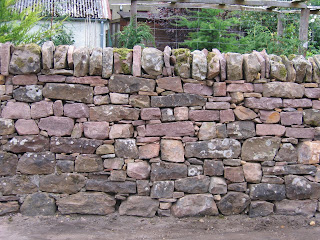 PEOPLE WHO LOVE TO SAY NO!
by Steve Fair
On Friday, Speaker of the House Paul Ryan, (R-Wisconsin), pulled the Affordable Health Care   ‘repeal and replace’ bill before it came to a vote on the floor.  President Trump said the outcome of the bill was uncertain, but that ‘it was a very very tight margin.”   One of the first actions the President pledged to do was pull the plug on Obamacare, but it appears that will take some more time.
While most of the media was reporting on the Republican’s inability to hold their coalition together, little was mentioned about no Democrat member of the House pledging support of Ryan’s bill, even though there are 18 members of the conservative Democrat Blue Dog caucus.  To their credit, Democrats in the House  stick together better than Republicans.  But is there not one of the 193 Democrat House member who doesn’t believe the Affordable Care Act needs to be repealed and replaced?  Group-think is defined as the practice of thinking or making decisions as a group in a way that discourages creativity or individual responsibility.  The Democrats masterfully practice group-think.
The group of members that took the credit for derailing the bill was the House Freedom Caucus.  It’s not clear how many Republican members of the House are part of the caucus because they are secretive.  Led by two term North Carolina Congressman Mark Meadows, it is estimated the group has 30-35 members, including Tulsa area Congressman Jim Bridenstine (who said he supported Ryan’s bill).  The Freedom caucus demanded Ryan’s bill include repealing more of the ACA’s insurance mandates or they would oppose.  Even after President Trump met with the caucus and told them there would be political consequences if they didn’t support the bill, they stuck to their guns and opposed the president.  Reasonable and rational is rarely descriptive of the Freedom caucus. Three observations:
First, why didn’t Republican leadership have the ‘repeal and replace’ ready to go on day one?  The short answer is they didn’t expect Donald Trump to win.  It caught them by surprise.  They knew the repeal bills the House passed and sent to the Senate when Obama was still in the White House were more about political grandstanding than substance.  When Trump won, they scrambled to draft a bill that would truly fix the ACA, but Ryan’s bill was not acceptable to the Freedom caucus.  If Ryan had added their demands, he would have lost the moderate members of the caucus, so he was between a rock and a hard place.
Second, most of the Freedom caucus members could care less about political consequences. In fact, most members relish being defiant to authority.  Their political base would barbecue them if they compromised on anything.  They could care less if nothing gets done in government- in fact they prefer it.  The members who manage to serve long term in Congress proudly point out they don’t work with anyone and have a reputation of being difficult.  For someone like Trump, who has spent his entire career finding common ground in business by negotiating, it has to be frustrating when he finds he is dependent on people who will not move.  It’s not surprising Trump moved on.  That is what you do in business.  If a deal can’t get done, then move on and forget it.  The problem is that is not always possible in government- like a bad penny, the problem hangs around.  At some point, a solution has to be hammered out and it requires finding common ground.
Third, the Affordable Care Act is self-destructing.  Most of the co-ops are gone.  A large portion of the exchanges have only one plan to ‘choose’ from.  The money the government was giving insurance companies is gone and now premiums have increased at astronomical rates.  The ACA caused health care premiums to rise for middle-class Americans who do not quality for subsidies.  If Congress does nothing, the ACA will eventually collapse.  Instead of staking out their political territory, members of both Parties should hammer out a common sense solution before the collapse.
President Trump is finding being President isn’t like being the CEO of a business.  To be successful, he has to find common ground with members of Congress, no matter what Party.  He should reach across the aisle to conservative Democrats in Congress(Blue Dog caucus).  They are more likely to support his agenda than the members of the Freedom caucus.  Being dependent on people who love to say no is no way to govern.

Posted by Steve Fair is a Jelly Salesman. at 6:43 PM