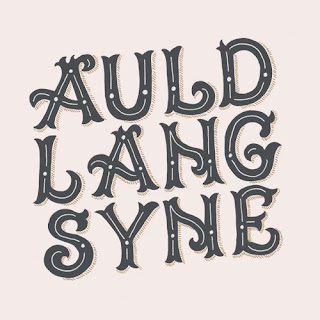 2020 comes to a close on Thursday.  It has been a year to remember.  In the not so distance future, there will be books written and movies made about 2020.  Americans have become more acquainted with Zoom and on-line video meetings than they wanted to.  They have eaten at home more.  They have learned to recognize people by their eyes, since masks are the fashion statement of the year.  Let’s recap 2020 by month.

In January Prince Harry and Meghan Markle announced they were stepping aside from their royal duties.  The next day COVID-19 arrived in the United States when a Washington state man who had traveled from Wuhan, China tested positive.  Kobe Bryant and his daughter were killed in a plane crash on the 26th.  Britain officially left the European Union on the 31st.

In February, the impeachment of President Donald Trump dominated the news.  Impeached by the U.S. House in January on a partisan vote, Trump was acquitted by the Senate February 5th on charges of abuse of power and obstruction of Congress.  Parasite dominated the Oscars, the first time a non-English speaking movie won Best Picture.

In March, COVID-19 was declared a pandemic by the World Health Organization.  Experts claimed that up to 70% of the world’s population could ultimately be infected by the virus.  The stock market reacted negatively and had its largest single day point drop in history on the 9th.  Americans stocked up on toilet paper (not normally an expandable consumption product), and other staples creating shortages on retail shelves.

In May, George Floyd died and the media focus moved to racial injustice and inequality.  Protests were held across America, many turning into riots and looting.

In June, President Trump declared himself the ‘president of law and order’ in front of a church across the street from the White House.  Former Vice President Joe Biden was chosen as the Democratic nominee for president.

In July, Major League Baseball started their shortened season, but fans weren’t allowed into the stadiums.  The games were played in front of cardboard cut-outs.  California Gov. Newsom shut down churches in the state by banning in person worship, prompting lawsuits from several.

In August, hurricane Laura struck the Louisiana coastline, killing six and a large swath of destruction.  The hurricane season in 2020 was one of the most active with twelve(12) named storms. President Trump accepted the GOP nomination for president.  Joe Biden announced his vice president choice- Senator Kamala Harris, (D-CA).

In October, President Trump was diagnosed and briefly hospitalized with COVID.  Judge Amy Barrett was confirmed by the Senate in a 52-48 partisan vote.

In November, America voted and former Vice President Joe Biden was projected the winner by the media.  President Trump disagreed and vowed to expose voting irregularities across the country.  The state of Texas (along with 17 other states) sued four states, challenging their seating of their Electors.  The Supreme Court refused to hear the case.  Alex Trebek died after a long battle with cancer.

In December, two companies- Pfizer and Moderna- were approved to administer a vaccine to combat COVID.  The arrival of the two vaccines were developed in less than a year after President Trump had initiated Operation Warp Speed.  The media gave him zero credit.  A mutated strain of COVID shut down the United Kingdom fueling fears a second wave could be more challenging than the first.

On Thursday at midnight some Americans will sing Auld Lang Syne, a poem written by Robert Burns set to a folk song melody.  Auld Lang Syne means ‘days gone by’ and is normally reserved for looking back on a year with fond memories.  For most Americans, 2020 can’t be gone soon enough. R.E.M’s ‘It’s the End of the World as We Know It’ might be a better selection.  Happy New Year!

Posted by Steve Fair is a Jelly Salesman. at 7:22 PM