EVERY VOTER FOR PRESIDENT SHOULD BE PLAYING BY THE SAME RULES! 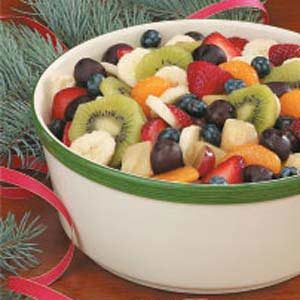 On Friday, the United States Supreme Court voted unanimously to not hear the Texas vs. Georgia/Pennsylvania/Michigan/Wisconsin lawsuit.  Seventeen states, including Oklahoma, joined Texas in the lawsuit.  All nine SCOTUS justices voted to not hear the suit, that aimed to prevent the Electors in those four states from casting their vote on December 14th.

If the suit would have been successful, it would have dropped Joe Biden’s Electoral count to 244, below the 270 needed for election.  The race would then have been thrown into the U.S. House of Representatives where each state’s delegation would vote en bloc, with each state having a single vote.  The District of Columbia would not have a vote.  Republicans are the majority in 30 of the 50 House delegations, so it would be very likely President Trump would be re-elected.  Two observations:

First, the counting of the Electoral vote is set for Wednesday January 6th at 1pm before a joint session of Congress.  Vice President Mike Pence will preside over the proceedings.  Normally, the process is a formality, but not in 2021.  With so much controversy over claims of cheating, the opening of the Electoral votes will be a lesson in government every American should pay attention to.  Expect C-Span to set a record for viewership.  Here is how it will work:

The President of the Senate(the Vice President) will open and present the certificates of the electoral votes of the states and the District of Columbia in alphabetical order.   Four Members of Congress(2 from each chamber) called tellers, will read the Electoral votes from each state and report them.   At that point, Vice President Pence will call for objections, if any.  An objection must be presented in writing and signed by at least one Senator and one Representative.  If there is an objection, the joint session would adjourn and each chamber would then meet and after debate(no more than 2 hours) vote on whether to allow the challenged state’s Electoral votes to be counted or not.  The two chambers then reconvene and report their vote to the President of the Senate.  It is certain the Electoral votes from the four states sued by Texas will be challenged.   This normally routine proceeding will be far from routine.

Second, how each state and DC conduct their election of Electors does impact other states.  The SCOTUS said the Texas lawsuit did not show Texas citizens had suffered harm by how the four states  handled their election, but that is not true.  When one state cheats in the presidential race, it impacts every state.  Texas was impacted.  Every state was impacted.  Clearly the U.S. Constitution grants authority to each individual state on how Electors are elected, but when some states are still counting ballots two weeks after the election, it is past time to standardize the process for electing the president and vice president.

Recent polls show 75% of Republicans believe cheating occurred in the 2020 election.  The same poll found that 20% of Democrats believe there was defrauding.  That is a significant number of Americans that have lost confidence in the integrity of the ballot box.  And there is reason to be concerned.  When you consider twenty-one states have same day registration, and five states will automatically send you a ballot in the mail each election, is there no wonder there is cheating?  Some states have election day registration.  Some have extended early voting- others have no early voting.  Some require identification to get a ballot, others do not.  The variance in how elections are held across the United States is like a fruit medley.  That needs to change.  Contact your Congressman and U.S. Senators and ask them to support election reform that includes standardization of election procedures and timelines for the presidential election.

Posted by Steve Fair is a Jelly Salesman. at 4:41 PM