CITIZENSHIP IS EVERY AMERICAN'S DUTY! 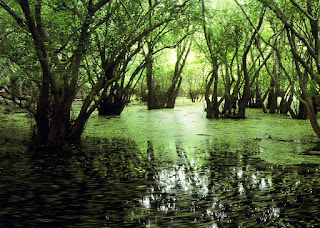 WILL THE SWAMP WIN?

Duty is defined as a moral or legal obligation; a responsibility; a task or action someone is required to perform.  The mandatory duties of American citizens include (1) obeying the law(lots of them), (2) paying taxes(federal, state, local), (3) serving on a jury when summoned, and (4) registering with the Selective Service.  A Pew Research poll in 2018 found 91% of Americans thought voting was important.  90% thought it important to follow what was going in government and 89% thought answering the call to jury duty important.  But the totals were much less for those who believed these duties were ‘very important.’

Consider the turnout in local school board, municipal and bond elections.  A relatively small percentage of those eligible to vote in the election actually participate, even though the decisions made by those local officials impact citizen’s lives more than the decisions made by Congress.  The founders of America expected citizens to be engaged in their government.  They expected them to educate themselves on issues, pay attention to what their government was doing, and hold elected officials accountable.  Where did we go wrong and how do we get back on track as a country?

First, as America grew in population and prosperity, citizens got lazy.  Voter turnout in presidential elections steadily declined in the 20th century.  In the last three presidential elections, turnout has been up, but still just 66.7 of the voting eligible population cast a ballot in 2020.  As per capita income increased, interest in government policy became focused solely on how it impacted an individual’s wallet.  Americans voted for the candidate whose policies helped them fiscally.  President Bill Clinton ran his 1992 presidential campaign against George HW Bush on the theme- ‘it’s the economy stupid,’ and won.  Apathy and unconcern by citizens about what elected officials resulted in no accountability, which in turn created ‘the swamp,’ at all levels of government.  Politics became an industry with well-paid career opportunities for elected officials and staffers and bureaucrats.

Second, special interests got aggressive.  Seizing the opportunity created by indifference of the general public, buying elected officials became the norm in America.  Large businesses, trade associations and cash rich non-profits financed candidates who would do their bidding once elected.  The result was a huge influx of money into politics.  The average U.S. House member spends 2 million dollars on their campaign.  In 2018, U.S. House candidates that spent the most money won the election.   That is par for the course in all elections.  The consequence is elected officials catering to those special interests and not their entire constituency.

Are we past the point of no return in America?  Has ‘the swamp’ won?  Hopefully it is not a hopeless situation and we can recover.  The fundamental problem is older Americans haven’t stayed engaged in their government.  Their laid-back, intermittent involvement in exercising citizenship gave rise to a overreaching, intrusive government.  In turn, younger Americans have little idea about our form of government because their elders have been terrible examples.  Most Americans have never read the Constitution and have no idea elected officials are sworn to protect and defend it, while most ignore it.  Citizenship is every American’s duty.  Until more Americans exercise their moral duty, the swamp wins.

Posted by Steve Fair is a Jelly Salesman. at 6:08 PM