Oklahomans may need to defend themselves if the legislature doesn't take up Criminal Justice Reform- and SOON! 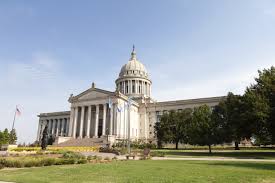 Last week, a triple murder suspect in Chickasha wept at his arraignment and requested the judge not grant bail.  The suspect is accused of killing a neighbor, his uncle, his great niece and attempting to kill his aunt.   He is a repeat felon and was released from prison just three weeks ago after Governor Kevin Stitt commuted his sentence.  He reportedly suffers from mental illness.  He was serving a twenty-year sentence that had been reduced to nine years.  He had served only three years before he was released- all the result of the consequences and ramifications of SQ#780 which was approved by Oklahoma voters in 2016.

Advanced and promoted by The Education and Employment Ministry (TEEM), a 501-c3 nonprofit headed by former Oklahoma Speaker of the House Kris Steele, SQ #780 reclassified some drug and property crimes from felonies to misdemeanors.  In 2019, the Oklahoma legislature passed HB# 1269 making the provisions of #780 retroactive and allowing those convicted of crimes that were reclassified the ability to apply to have their sentences commuted by the Pardon and Parole Board.  That appears to be what happened in the triple murder case.  TEEM states their mission is to provide our clients a second chance at success; in essence, a chance to redefine themselves by their gifts, skills, talents and passions, instead of a troubled past.  The mission is noble and all well and good, but three murder victims in Chickasha will not get a second chance to redefine themselves.

“This(criminal justice reform) has to be addressed by the legislature, sooner rather than later, because more people are going to get killed.  I really think offenders such as this should not have been able to apply for a commutation,” District Attorney Jason Hicks said.  “There is a four-year old that is no longer with us.  There are members of a family who are never going to see their relative again,” Hicks said.  There was no published statement or comment in the press from Steele, TEEM or the governor regarding the triple murder suspect’s early release.

The legislature did advance a bill protecting Second Amendment rights in the Sooner state last week.  The State Senate Public Safety Committee approved SB#631 in a 9-2 vote.  The bill, if passed and signed into law, would preempt any rules or ordinances by federal, state or local governments from infringing on citizens’ Second Amendment rights.  “SB#631 re-affirms our recognition of the self-evident truth that in America, power resides with the people and re-affirms our oath to preserve, protect, and defend the Constitution of the United States.  It will also serve as a wall of protection around our God-given right and Constitutional right to keep and bear arms,” Sen. Warren Hamilton, (R-McCurtain), author of the measure said.  The House author is Rep. Sean Roberts, (R-Hominy).  The measure is supported by thirteen sheriffs in rural counties across Oklahoma.  The Second Amendment Sanctuary bill now moves to the floor of the Senate for a vote.

Oklahoma becoming a Second Amendment Sanctuary is great, but if the legislature doesn’t take up criminal justice reform- and soon- Oklahoma will become a sanctuary all right- for criminals.

Posted by Steve Fair is a Jelly Salesman. at 6:35 PM