IGNORANCE OF THE BALLOT IS NO EXCUSE! 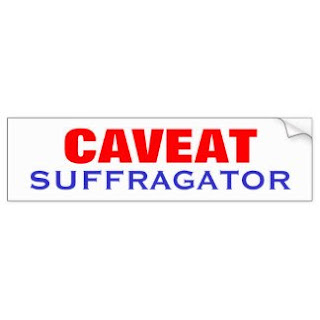 Oklahoma Senate Bill #947, if signed into law, would require initiative petitions to include if the proposal would have a fiscal impact on the state.  It would also require the potential funding source.  SB #947 is authored by Sen. Paul Rosino, (R-OKC) and Rep. Tammy West, (R-OKC).  It was passed by the A&B House committee last week along partisan lines.  “Several of the state questions that have passed in recent years have come at great cost to state taxpayers,” West said. “Voters, of course, would still be allowed to petition for whatever measures they choose, but this would require they state the potential impact to taxpayers and specify the source of such funding. If taxpayers are going to be asked to raise taxes to pay for something added to state law, they should be made aware.”

SB#947 now will faces a floor vote in the House, where it is expected to pass, before it goes to the governor to be signed into law.  Three observations:

First, this is a much-needed change.  Several recent State Questions have been passed by voters that financially impacted state taxpayers.  For example, SQ# 781, which passed in 2016, directed the state to deposit money into a fund used by county governments to provide substance abuse and mental health services, but it didn’t specify how much or where that money would come from.  Those who signed the petition or those who voted were told just the ‘concept.’ The ‘details’ on how to pay for the concept was left to the legislature.  Full disclosure in the initiative petition process to the citizens who pay the bills is long past due.

Second, requiring fiscal impact on initiative petitions should not be a partisan issue?  SB#947 has been opposed by legislative Democrats on every vote- in committee and the floor.  Not one Democrat in the state house has supported the bill throughout the process.  Shouldn’t all citizens, no matter their Party affiliation, know beforehand what a proposal is projected to cost?  The partisanship and polarization seen in Washington has seemingly made its way to 23rd and Lincoln.

Third, if this becomes law, ballots will be longer.  One of the provisions in #947 is that it increases the number of words on the ballot from 200 to 300.  That will require voters to ‘study’ the ballot and the issue before casting a vote.  Far too many Oklahoma voters pay little attention to the State Questions or the Judicial Retention sections on the ballot.    Many state questions pass and result in consequences, fiscal and otherwise, that voters did not anticipate or intend.  Ignorance of what’s on the ballot is a poor excuse.

Caveat emptor is Latin for ‘let the buyer beware.’  In business, it means the buyer purchases at his own risk with no warranty in the contract.  It implies a warning to buyers the goods they are buying are ‘as is’ or subject to defects.  Voters should always be on guide and approach any state question with the same apprehensive and suspicion they do when making a major personal expenditure.   They should exercise the same due diligence in voting as they do in a business transaction.   In business, how much a good or service costs is fundamental to the transaction.  SB#947 simply requires that same information be provided on state questions.  Encourage your state representative to support SB#947.

Posted by Steve Fair is a Jelly Salesman. at 3:02 PM