IT'S TIME FOR PRAYER- NOT POLITICS! 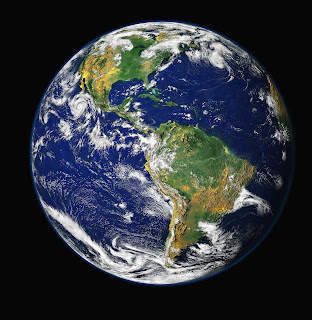 On Tuesday, 18-year-old Salvador Ramos opened fire at Robb Elementary School in Uvalde, Texas, killing 19 students between the ages of 7 and 10 plus 2 teachers.  17 more were wounded.  Ramos, wearing body armor, crashed his car in a ditch near the school and then got into the school through an unlocked door. Armed with an AR15 rifle he purchased just last week and 375 rounds of ammo, Ramos locked himself in a fourth-grade classroom for ninety minutes before he was shot and killed by a Border Patrol agent.   Before he came to the elementary school, Ramos shot and wounded his grandmother, who was able to call police.

Uvalde is located 80 miles west of San Antonio and 54 miles from the U.S.- Mexico border.  It has a population of 15,214.  Before Tuesday’s tragic shooting, Uvalde’s claim to fame was it was the birthplace and hometown of actor Matthew McConaughey.

The shooting renewed the debate on gun control.  At a news conference on Wednesday, Texas Governor Greg Abbott was outlining the mental health resources the state has for the families of the victims when he was interrupted by Beto O’Rourke, the Democrat nominee for governor.  O’Rourke claimed Abbott was responsible for the shooting and was escorted out of the building.  President Biden addressed the nation on Tuesday night saying, “As a nation, we have to ask when in God’s name are we going to stand up to the gun lobby?  I am sick and tired of it- we have to act.”   Three observations:

First, passing more laws is not the answer to stopping mass shootings.  Ramos ignored the ‘Gun Free’ signs posted at the school.  He ignored the guideline to check into the office before preceding to a classroom.  He ignored the law against assault and murder.  Criminals don’t follow the rules.  Passing stricter laws only punish those who obey the law and make it harder for the law abiders to defend themselves against the lawless.

Second, security at schools should be stepped up.  The security at a school should be at least as good as that in a government building.  Those providing security should be armed with weapons and trained to use deadly force if necessary.  They should carry more than a can of mace and a walkie talkie.  Evidently Ramos encountered a school security officer at the elementary school who was not armed.  That’s not a security officer, that’s a hall monitor.

Third, America has a mental health crisis.  That has to be addressed.  Many states, including Oklahoma and Texas, dismantled their antiquated mental health programs(sanitariums/institutions) because of misuse, abuse and lack of effectiveness.  Instead of tweaking, they tore down.  Mental health issues are on the rise nationally.    The most common mental health issues in the U.S. are anxiety disorders, affecting 40 million (18.1% of the population) adults 18 years or older.  Only about 1/3 of those with anxiety disorders receive treatment.  Suicides are up 31% in the past 20 years.  Addressing it community wide with partnerships with faith based and non-profit organizations must be a priority.

This is a time for prayer, not politics.  We live in a broken and fallen world and evil exists.  No man made law will change that.  It’s wrong , whether it’s Beto, Biden or a Republican, to use the shooting as a opportunity to score points with voters.  The families of these young children and teachers need comfort from God.  They don’t need political debate.  One of the teachers who was killed husband died of a heart attack on Thursday, leaving their four children orphaned.  This is a tragic time.  Believers of every political affiliation should be interceding for these families and those impacted by this terrible event.    May God wrap His arms of comfort around those families in the coming days.

Posted by Steve Fair is a Jelly Salesman. at 7:24 PM