CITIZENS GET THE GOVERNMENT THEY WANT! 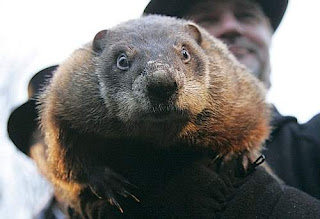 According to the U.S. Bureau of Labor Statistics (BLS), Americans in 2021 paid more in taxes than they spent on food, clothing and health care combined.  American households spent an average of $15,495 on food, clothing and health care, while paying an average of $16,729.73 in total taxes to federal, state and local governments.  Both of these numbers are up vs. 2020.  Three observations:

First, government, at all levels, never has enough revenue.  Whether its for the national defense or the repair of a local pothole in the city street, government’s appetite for taking money from citizens is never satisfied.   Government spending is never cut or reduced- it continues to grow each year- no matter which Party is in office.

The U.S. Treasury divides federal spending into three groups: mandatory spending, discretionary spending, and interest on the national debt.  Discretionary spending refers to the portion of the budget Congress decides each year through the appropriations process.  Last year, that was a whopping $2 trillion dollars.  In a normal year, about half of that amount goes to the military.

Mandatory spending includes Social Security, Medicare, and Medicaid, which combined are three times more than what the U.S. spends on national defense.  In 2022, mandatory spending was $6 trillion dollars.

The interest on the national debt is $400 billion each year.  The Congressional Budget Office(CBO) projects the annual interest cost will increase to over $1.2 trillion in the next ten years,  As a percent of the Gross Domestic Product (GDP), these costs would double from 1.6% to 3.3%.  Government grows at all levels, with little accountability.

Second, true fiscal conservatives are endangered.  GOP candidates, at all levels, ballyhoo fiscal conservatism in their campaign literature and stump speeches, but few follow up once elected.  Candidate Donald Trump promised to balance the federal budget, but by 2019- before the pandemic- then President Trump was sending a budget to Congress that was $1 trillion dollars in the red.  During his four-year term, Trump spent more tax money than Obama.  Political activists rarely question elected officials about deficit spending and the national debt, which has resulted in true fiscal conservatives vanishing like the blush of innocence.

Third, citizens get the government they want.  While most Americans lament and complain about the size of government, the amount of taxes they pay, and the lack of response from their elected officials, only a very few do anything about it.  Most citizens are too busy making a living, paying their taxes, and raising their families to invest any time paying attention to how their tax dollars are being spent or to pay attention to politics.  They rely on others to do their heavy lifting.  Like Punxsutawney Phil, the groundhog who only leaves his burrow once a year, these hard workers emerge from their den periodically to hold those who are engaged accountable for the sad state of affairs.  They are unwilling- and sometimes unable- to be involved, but that doesn’t stop them from deriding those who are.  What those whistle pigs fail to discern is they have the government they deserve.  The only way to change that is for them to take proprietorship/ownership of their government more than intermittently.

American consumers are price conscious at the grocery store.  They make sure they get a value for their food dollar.  They watch for bargains on clothing.  They shop and compare health care.  But when it comes to how taxes are being spent, taxpayers are impassive.  Until taxpayers start watching where taxes are being spent- at all levels of government- citizens will get the government they deserve.  Start paying attention!  Don’t be a whistle pig.

Posted by Steve Fair is a Jelly Salesman. at 1:49 PM