They condemn politicization, while politicizing! 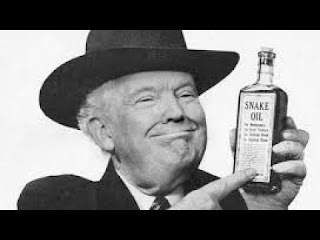 The Supreme Court of the United States (SCOTUS) begins a new term on October 3rd.  This will be the first term new Justice Ketanji Brown Jackson, who was appointed by President Biden, will be on the court.  Brown Jackson replaced fellow liberal Justice Stephen Breyer, who retired in June.  A 6-3 conservative majority remains on the court.  The SCOTUS is set to tackle a series of hot-button issues, including two major election disputes that could impact the 2024 presidential election.

After the SCOTUS’s ruling overturning Roe vs. Wade, two of the liberals on the court have went on the road like snake oil salesmen questioning the legitimacy of the court.  Liberal Justices Elena Kagan and Sonia Sotomayor claims the court’s most result rulings have been political and not constitutional.  “When courts become extensions of the political process, when people see them as extensions of the political process trying to impose personal preferences on society, irrespective of the law, that’s when there’s a problem,” Kagan said this week in Chicago.  Sotomajor said the same thing the next night in California.  Chief Justice John Roberts responded that justices shouldn’t question the court’s legitimacy just because they disagree with a ruling.  Three observations:

First, every SCOTUS ruling is political.  The definition of political is: relating to the government or the public affairs of a country.  The original Roe vs. Wade ruling was political.  In 1973, spurred by social liberals, who wanted the government to sanction birth control- after the fact- the SCOTUS made a political ruling. Every ruling is political and rooted in ideology.  For Kagan and Sotomayor to question the court’s legitimacy is dishonest.  They know the six justices who voted to overturn the 1973 Roe vs. Wade decision hold to an ‘originalist’ legal philosophy as opposed to their ‘textualism’ view.  To cast a shadow over the court’s legitimacy is the height of political and the ultimate sore loser.

Third, liberals are trying to change the structure of the SCOTUS.  Since President Trump appointed three justices in four years, liberals have come to the conclusion the SCOTUS needs to change.  Pressured by liberal activists, President Biden appointed a commission to study ways to change the SCOTUS.  The commission recommended term limits for justices (70 years old max) and expanding the court.  President Franklin Roosevelt tried the exact same thing in 1937, when conservative SCOTUS justices struck down some of his New Deal legislation.  The plan failed because Democrats in Congress opposed FDR’s plan- calling it a politicalizing of the SCOTUS.

Democrats are trying to use the SCOTUS ruling on Roe Vs. Wade as ammunition against Republicans in the mid-term elections.  They are trying to convince voters the SCOTUS justices who voted to overturn Roe vs. Wade are partisan political hacks.    They condemn politicization while politicizing.  They are double-minded, unstable, vacillating, and insincere.  November will reveal if Americans brought their snake oil concoction.

Posted by Steve Fair is a Jelly Salesman. at 8:59 PM